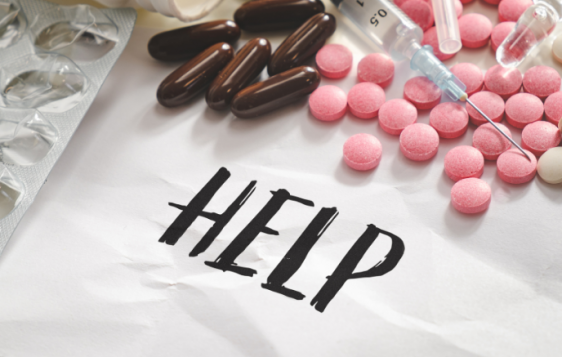 The following is an edited version of an MXTV interview:

I don’t like calling it “committing suicide.” I simply came to the realization that it wasn’t that I wanted to die as much as I just didn’t wanna live. I was so deep in a pit that I looked up and all I saw around me was darkness. Nothing made sense. I thought nobody needed me. I felt no one was there for me to help me, to love me, to see me, to understand me. I just believed everybody was better off without me, and so, for a split moment, I had a plan . . .

Afterwards, I woke up in the ICU and was involuntarily committed to a psychiatric hospital, humiliated and shamed. I remember all the processes I had to go through in this hospital and it was the worst. I remember telling them, ”I’ve made a terrible mistake. Don’t make me do this. I wanna go home. I wanna see my kids.”

And it was just awful. I’m tearing up about it right now. I want to figure this out and I want to live. I remember looking around and thinking, “I’m not supposed to be here.”

That’s how Jordan felt all the time, and what people said and tried to do to make her “feel better” just seemed like a pile of garbage.

When everybody else looks happy and perfect and loved – thank you, Instagram – it just makes you sick. You’re the only one, it seems, that just can’t snap out of it. And the lower you sink the more you just want to disappear so the pain goes away.

Here’s what happened to Jordan when God intervened:

So I got of the hospital somehow, maybe even worse than before, and days later my check engine light came on. And I will never, I don’t think, experience more stress than hearing that ding and seeing it light up. I had to pull over then I looked up and asked God if he could still see me. At the same time, I get a text message from a friend who asked, “How are you doing? I wish you were here.”

I turned on the radio and this song came on in the background that basically said mountains were still being moved because wonders and miracles are just what you do, God. That broke me. It was a feeling not just of walls breaking and chains being loosed, but also that feeling of freedom and peace that I had been chasing and trying to relieve the pain through things like cutting, not eating, trying solve God-sized problems with human solutions and they just didn’t work. But in that moment I felt loved and whole and here.

And I went home and continued to wake up and become this new creation. There’s no way that check engine light, that text, and that song were random.”

God has never left us or forgotten us or stopped looking out for someone who feels as low as Jordan did. It had to be divine for those things to have taken place. Details like a song, a text, a light are all signs that God is pointing and asking you to consider that maybe there’s still a purpose for your life.

You were created for more than you’ve settled for. Waking up is more than just seeing there is hope and life in tomorrow. It’s that now we can move forward with knowing God’s Word wasn’t lying to us. Those ancient promises, stories, themes are meant for us today. We just have to open our eyes and find answers there.

The movie of your life is still beautiful, and the sunsets that haven’t happened yet to you, the main character, are still worth it. The fact that the Lord orchestrated an entire ecosystem shows that he would care for you just the same even when your story has dark parts. God will take over your mess and turn it into a message.

You are meant to rely on a God who understands the emotions you’re feeling but also promised to carry you through it.

Romans 8:38 explains it this way: “For I am convinced that neither death nor life, neither angels or demons, neither height nor depth, neither present nor the future could even separate me from the love, from the Lord, our God.”

Jordan says, “It was amazing to finally wake up and see that light and finally find that hope and peace I was looking for, to know that when God inspired those words in the Bible that ended up on those pages, they were just as true for the people who originally read them as it was for me now. It was finally that moment where I realized God wasn’t lying to me. He didn’t lead me here to leave me here. I’m still his.”

Copyright © 2021 @https://mxtv.show/aftermath31/ No part of this article may be reproduced or reprinted without permission in writing from Lifeword.org.