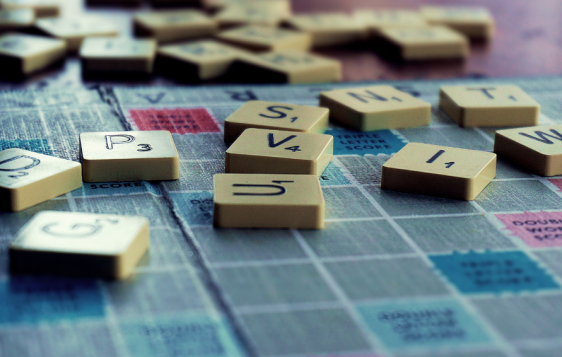 Have you ever caught a glimpse of something God is doing? Maybe you’ve observed an experience where what once seemed to be coincidence was clearly providence. Perhaps you met your spouse in the most unlikely of places and later realized God had planned the entire event. Or maybe the kind soul who stopped when your car was stalled on the side of the road became the lifelong friend who would later share Christ with you.

But what if I told you that those experiences are just a drop in the vast ocean of God’s sovereignty and providence?

God’s sovereignty over all things reminds me of Scrabble. Occasionally I can get a triple-word score. And when my game is really on, I can spell words horizontally and vertically all in the same move!

Now imagine that God is playing Scrabble, but instead of seven letters, God has infinite letters. And instead of one board with a limited number of squares, God has an infinite number of boards of infinite size filling every plane of the universe. In one move God could play every piece on every square of every board and no matter which angle you looked at, it spelled a word . . . infinitely.

In a small way, that’s similar to what is happening in every square inch of the universe. Actually, the universe doesn’t even capture it because God is so much bigger than that.

God exists outside (as well as inside) of our universe.

He is not limited by our dimensions.

He is not limited by time.

In other words, when we try to piece together God’s hand in a situation, we only see his triple-word scores at best. But He is perfectly holding together events in every location, across generations, in a perfect providential plan.

What is plain to him is obscure to us.

Our perspective is small, and our capacity for calculating the relationships between every situation in the past, present, and future is almost non-existent.

Our speculation over God’s will in just one circumstance, feeling, or idea is at best a shot in the dark.

Our inability to understand should not drive us to despair but instead draw us to worship.

Of course, the greatest example of God’s providential plan working throughout time and space is found in the incarnation. Just think about the points of providence that have been revealed to us for our amazement:

Became a seed of Adam

Was carried through a people

In and out of captivity

Planted in a virgin

Invested in a few

Crucified as a criminal

And raised in power.

Only God could craft such a perfect plan over the course of centuries past to affect the world for centuries to come!

Copyright © 2021 by Scott Attebery @https://scottattebery.com/christian-living/the-triple-word-score-of-providence/ No part of this article may be reproduced or reprinted without permission in writing from Lifeword.org.