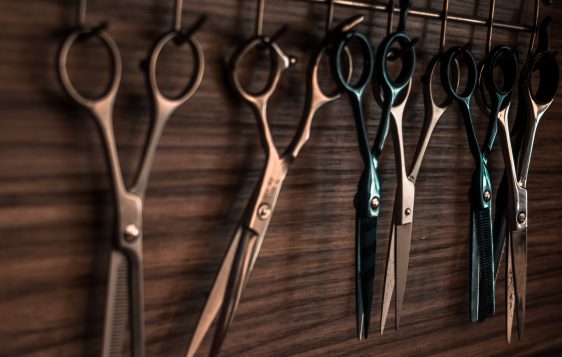 I committed a horrible crime.

I knew it, too. What I did, there was no excuse for. And she was going to kill me for it.

Ladies, you know what I’m talking about. My hair was getting long, and I wanted bangs, but I couldn’t get in to see my hairdresser quick enough. When I called to make an appointment, she told me it would be another week before she could get me in, but she promised to put me on the books.

I was impatient and wanted it done right then, right there and right now.

I cut my hair.

I took matters into my own hands…. and boy was that a mistake.

But then I couldn’t stop, and I trimmed up my layers a bit too… One look in the mirror and I was horrified.

I should have been patient.

I had caused more problems by trying to “fix” my problem.

In the book of Genesis, we read about how other peoples’ impatience also had consequences.

In Genesis 25:23, God tells Rebekah she would have twins and they represented two nations who would be against one another. But here is the kicker: the elder would serve the younger, which, in those days, was unheard of.

Now, two chapters later in Genesis 27, we see the boys are now adults and their father is close to the end of his life.

Nearly blind, Isaac requests his older son, Esau, to go hunt and to bring him his favorite dinner to eat so he could bestow upon him the blessing due to the eldest.

But his wife Rebekah overheard him, and she remembered God told her that the eldest would serve the youngest. And Jacob, the younger of the two, also happened to be her favorite. Instead of talking to Isaac about it, she concocts a scheme and tells Jacob how he can fool his father and steal Esau’s blessing.

When Jacob hears the plan, he doesn’t say, “No, this isn’t right.” But instead, he worries about getting caught playing the part. So, his mother instructs him on how to disguise himself so his father would think he is Esau.

Esau is a lot hairy than Jacob, apparently, so he needed to put goat hair on his arms to fool his almost-blind father if he reached out and touched him.

And the plan pays off, in some ways.

“When he came to his father, he said, ‘My father.’

Jacob replied to his father, ‘I am Esau, your firstborn. I have done as you told me. Please sit up and eat some of my game so that you may bless me.’

But Isaac said to his son, ‘How did you ever find it so quickly, my son?’

He replied, ‘Because the Lord your God made it happen for me.’

Then Isaac said to Jacob, ‘Please come closer so I can touch you, my son. Are you really my son Esau or not?’

So Jacob came closer to his father Isaac. When he touched him, he said, ‘The voice is the voice of Jacob, but the hands are the hands of Esau.’ He did not recognize him, because his hands were hairy like those of his brother Esau; so he blessed him. Again he asked, ‘Are you really my son Esau?’

Three times in seven verses Jacob lied to his father. Not only was he deceiving him, he was lying to his face.

Both Rebekah and Jacob were impatient.

They knew what God had said, but instead of waiting on God, they took matters into their own hands and made a mess of it.

It wasn’t one little lie.

It wasn’t a tiny act of deceit.

It just kept getting worse and worse.

When sin is left unchecked, it multiplies out of control. Jacob and Rebekah’s sins brought consequences in the future and he paid an extremely high price for something he was already guaranteed.

Deceit always has consequences. And for Jacob, they were fleeing from a brother who wanted to murder him and leaving behind a divided family and never seeing his mother again.

Jacob and Rebekah chose their own way instead of God’s.

What’s the lesson here? Be patient and trust that God is in control and His timing is not yours.

He has better timing and a perfect plan compared to our schemes.

Even if you may feel like everyone else is getting everything and you are left behind, do not grow weary of doing what is good and right.

Wait patiently upon the Lord.

He cares for you.

His way is right.

When we lean on our own understanding and take things into our own hands, it only leads to destruction and some really messed up hair.