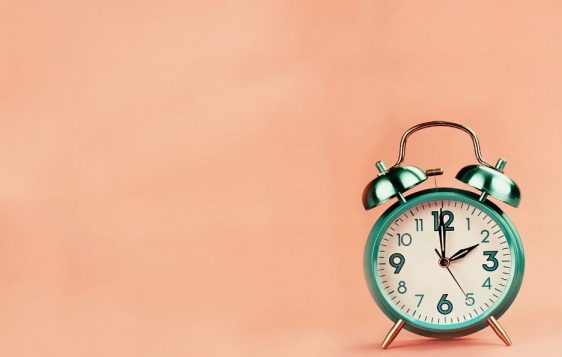 Those words came out before I realized it, but at the same time, it was true. Shaun and I had only been dating a few weeks when I dropped that big bomb.

I knew already that he would be the man I would marry. He was everything I had ever dreamed of. I know, that sounds so cliche, like it’s straight out of a Joe Cocker song. In just a few short weeks, this man had shown me what a wonderful father he was, that Christ was first in his life, what it meant to have fun and serve the Lord, how to laugh again, and he showed me respect and kindness like I had never experienced before.

And while I was ready to tie the knot as soon as he was, it wasn’t yet time.

For two years, we learned more about one another, how to handle life’s tough situations together, how we respond to tragedy and triumph, and our appreciation for one another’s gifts and talents grew.

On the night he finally proposed, those three little words “I love you” had grown into something much deeper, something far more than emotion. It took on new meaning every time I said the words.

As I stood at the altar saying my vows, to have and to hold, to love and to cherish, in sickness and in health… I wasn’t just repeating the words. The love and admiration I had for my husband was true and I committed to loving him as long as we both shall live.

“Then charged he his disciples that they should tell no man that he was Jesus the Christ.” (Matthew 16:20)

The disciples had just heard Peter declare that Jesus was the Messiah, the very Son of God. Can you imagine what was going through their heart and mind? Elated, overcome with joy, these men were ready to tell the world!

That day would come, but all in good time.

Why couldn’t they tell?

These men were Jews. They had heard the prophesies of the coming Messiah since they were children. They studied them and knew them to be true.

“For unto us a child is born, unto us a son is given: and the government shall be upon his shoulder: and his name shall be called Wonderful, Counsellor, The mighty God, The everlasting Father, The Prince of Peace. Of the increase of his government and peace there shall be no end, upon the throne of David, and upon his kingdom, to order it, and to establish it with judgment and with justice from henceforth even for ever. The zeal of the LORD of hosts will perform this.” (Isaiah 9:6-7)

“I saw in the night visions, and, behold, one like the Son of man came with the clouds of heaven, and came to the Ancient of days, and they brought him near before him. And there was given him dominion, and glory, and a kingdom, that all people, nations, and languages, should serve him: his dominion is an everlasting dominion, which shall not pass away, and his kingdom that which shall not be destroyed.” (Daniel 7:13-14)

Now remember, if you were Jewish during this time, you were under the Roman government. They felt the oppression from Rome and wanted freedom! They loved these scriptures because it spoke about the Messiah as the King and the one who would set up His kingdom and reign. They would no longer be oppressed. They would be free from the horrible Roman government! They were ready for their King to ride in and defeat and destroy the Romans!

So, when the disciples had just realized that Jesus was truly the Messiah, hearing Peter proclaim it, they were ready to proclaim it too! But although the words would be true, they wouldn’t understand everything just yet. Jesus told them it wasn’t yet time because they had much to learn. Their message of “The Messiah had come” would sound far different in 3 years versus what it would sound like that day. They would definitely have a message to share, but they needed to understand what it meant on a deeper level.

His perfect timing allows us to grow in knowledge, wisdom, discernment and love.

If you’re in the waiting right now my friend, consider it a privilege, because the Lord is working out something even greater in you!