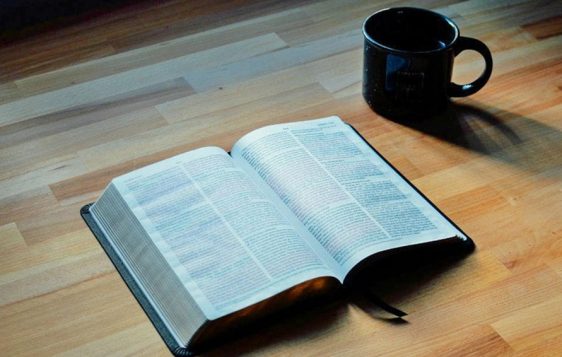 “You study the Scriptures diligently because you think that in them you have eternal life. These are the very Scriptures that testify about me…” – Jesus.

Jesus’ reference to the “Scriptures” is the Old Testament. These are the Scriptures Jesus grew up reading. They were essential to him, and as his followers, they also must be important to us. Interestingly, though, we claim the Old Testament is God’s Word, but often we don’t treat it that way. From my experience, many people I know all but ignore it- except maybe the first few pages.

I get it. All we need to know about salvation is in the New Testament. But true disciples, a people committed to a lifestyle of learning, will indeed move beyond learning just the last quarter of their Bible. And for many of us, it’s time for that.

Jesus was a Jew

Jesus grew up with over a thousand years of Jewish culture and tradition embedded into his life. His cultural heritage comes out in all of his teachings. He doesn’t speak one parable that is not loaded with Old Testament implications. Though his teachings can be understood in a broad sense in applying to all humanity, it was clear that all he said was first taught from a Jewish context.

If Jesus was Jewish, if he considered his Bible to be the Hebrew Scriptures, and if he thought of himself as fulfilling the Jewish narrative, then we might do well to read these scriptures and understand them the way he did. And here’s why . . .

Paul was a Jew

Paul grew up a Pharisee from the tribe of Benjamin. His Hebrew name “Saul” was derived from King David’s predecessor. He had immense zeal for his people and fought to protect the identity and status of Israel. When he told Timothy, “All Scripture is God-breathed and is useful for teaching, rebuking, correcting and training in righteousness . . . ” he was talking about the Old Testament.

Although some New Testament writings were already in circulation by this time, they had not been shaped into a complete work. His idea of the Scriptures that provide those advantages belong to the Old Testament. If we take that passage seriously, then we might consider the Old Testament a bit more thoroughly.

The Bible is a Jewish book.

Over ¾ of the Bible is Old Testament. The Bible’s focal point is the story of humanity, but the solution to the human problem is dealt with through the nation of Israel. The Bible’s claim is that Israel has the correct interpretation of who God is and how He will deal with humanity. The subplot to the Bible is that God will bring a king (a messiah) through the line of David to restore blessing and righteousness back to Israel, and through Israel, the world can share in that blessing.

The picture of our gentile salvation is that we are grafted into the Israelites’ family like a plant is grafted into the root of another plant. In a real sense, Israel is our heritage and our family. It’s where our salvation began. In a sense, these are our people.

The OT was how Jesus understood his identity and mission.

The messianic hope of the Old Testament is very specific on who, how, and where this person would come from, and what kind of person he would be. Jesus was constantly appealing to Old Testament Scriptures to describe who he was and what he was doing. Jesus understood himself as Israel’s king. He understood that he was God’s chosen representative to restore peace and blessing back to Israel, and ultimately to the ends of the world.

According to Hebrew Scripture, he understood that he would have to suffer and die and be raised again on the third day. He knew that only he could bring about the salvation of Israel and the world through his life and resurrection. His identity and vocation are described in detail, and we get all of this in the Old Testament.

When Jesus wanted to describe who he was and what he was doing, he opened the scroll of Isaiah and said, “Today this Scripture has been fulfilled in your hearing.”

“Salvation is of the Jews”

Jesus tells the woman at the well that “salvation is of the Jews.” In Romans, Paul says that the gospel is the power to save, “first to the Jew, then to the Gentile.” And when Jesus was approached by a Canaanite woman wanting her daughter to be healed, Jesus told her, “I was sent only to the lost sheep of Israel.” Jesus’ birth account mentions that the angel said he would “save his people from their sins.” His people are the Israelites. Of course, the story ends with Jesus inviting all nations into the equation.

So how can we understand this?

It means that Israel was the channel by which God’s plan of salvation was accomplished. And through them, we get to be grafted in as God’s adopted children. Of course, the story ends with Jesus inviting all nations into the equation, but salvation came first through Israel.

If Israel is that instrumental to God’s plan, we may need to better understand its history and heritage. Jesus and Paul understood it, and it’s how they described every detail of God’s plan to rescue his people, and ultimately all nations.

Our identity is directly tied to the Bible. The whole thing.

A fundamental aspect of our identity is to care about and read the Bible. If this is true, then we should be able to explain the contents inside of it, or at least an overview. But if our identity is tied directly to the Bible, why do we neglect most of it?

I understand. It’s a long piece of literature with hundreds of characters. It’s complicated. It’s work.

But as people who have an identity tied directly to the Bible, I would encourage all of us to get familiar with the majority of its contents, embrace the exciting new journey of learning the Old Testament, and get plugged into the narrative that Jesus saw himself completing.

The (entire) Bible finds its unity and coherence in the person of Jesus. But only when we immerse ourselves in the Bible that Jesus grew up on can we truly start to grasp the implications of all he did on our behalf. For many of us, it’s time.