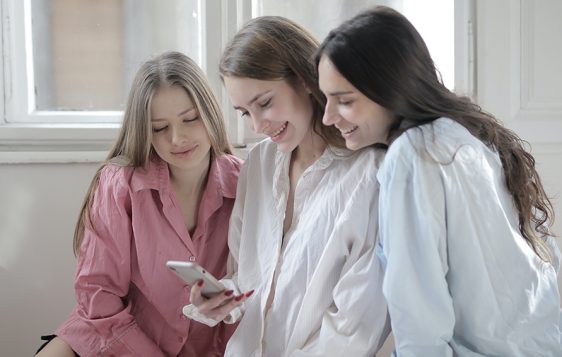 Some sins are extremely common and even accepted as “no big deal” within the church. None of these sins would ever be categorized by a preacher or congregant as “nothing to worry about,” but in practice they are largely ignored.

This less common sin is gossip.

Most simply defined, gossip is disclosing information about others, which does not need to be disclosed. The truthfulness of the information does not make the action any less gossip-y. Gossip might be the most common and openly practiced sin in all of Christianity, and it is certainly one of the most destructive. Gossip, in and of itself is incredibly damaging, and it is what you might call a “gateway” sin.

Much like a “gateway” drug, gossip opens the door for even more sin to enter the church and family. In chapter three of his letter, the apostle James goes as far as saying that if one could control his tongue, he could control all of his actions. While I could go on with an “introduction” for pages, I’d like to list four ways in which gossip destroys:

Point number one is especially important to parents. Have you ever gone to lunch on a Sunday after church and proceeded to talk about the preacher, sermon, teacher or another church member in a negative way? If you have, I promise your children have/will pick up on it and anything they might have learned in church that day might as well be canceled out.

In fact, I fully believe it would have been better had you stayed home and remained silent rather than undermine what a child might have learned at church. Children can smell hypocrisy a mile away, and as teenagers and adults, they will see church as a joke or a place to go to appear holy.

I suspect that many young adults who leave the faith even though they have parents who are dedicated church members, love the Lord, and live a “moral” lifestyle might have been privy to gossip behind the scenes.

If you have a legitimate complaint against a pastor or teacher, handle it biblically and address it one on one. Backbiting only seeks to get more people on your “side” and not the good of the church.

I can speak to this issue personally as I believe that in this area, my parents are good examples to emulate. It was not until adulthood that I ever realized that there were times my father had his disagreements with our church’s pastor or youth pastor.

As far as I knew, he was always on their side and I was to listen, learn and recognize my teachers as authority figures. If a father and mother acknowledge a pastor or teacher and what they have to say with respect, their children will, too.

2. It Feeds Upon Itself

Gossip is fun and contagious. Get a small group of friends together and start talking about someone who isn’t there and you will see a conversation grow into a big session of group think. By the end of the gabbing, your little group will be absolutely convinced that you have all the answers and the world/church/your friends would be a whole lot better if they were just like you.

3. It Feeds Your Ego

The sin of pride needs its own blog, but it is both the cause of and is fed by gossip. Gossip is often all about comparisons. No matter how imperfect you are, you can always talk about someone else’s problems. As long as there is another person who, by your estimation, is a little less perfect than you, you will worry about their sin instead of your own. In fact, gossiping will make it more difficult to recognize your own sin and repent thereof.

4. It Justifies Itself as Something Good

Most perverse of perversions, gossip is often disguised by phrases such as “I’m telling you this so you can pray for so-and-so.”

You can pray for so-and-so and God will honor your discretion. It is not our job to bring anyone’s secret sin into the light for all to see. Broadcasting such sin under the guise of being a concerned, holy prayer warrior is just as wrong as whatever it is the prayer receiver has done.

I am not saying that you should never request prayer for the lost or a believer trapped in a lifestyle of sin, but the details should be kept at an absolute minimum. And if someone has confided in you with a secret struggle, then he or she is obviously repentant or they would not have confessed. Do not share it with others, not even your spouse.

It is a shame that we often define wholesome speech as essentially “not cussing or telling dirty jokes.” If only that were true! Never has a church split or a child walked away from the faith over a stray curse word spoken out of a heated moment; especially one apologized for.

But gossip causes damage that can’t easily be reversed. It’s like trying to catch a bunch of feathers that have been thrown into the wind.

Let us all think before we speak of the personal matters of others. If it is not going to be helpful, regardless of whether or not it is true, then why say anything at all?

Copyright © 2020 Lifeword.org by Klinton Silvey @ Life in Progress Ministries. All rights reserved. No part of this article may be reproduced or reprinted without permission in writing from Lifeword.org