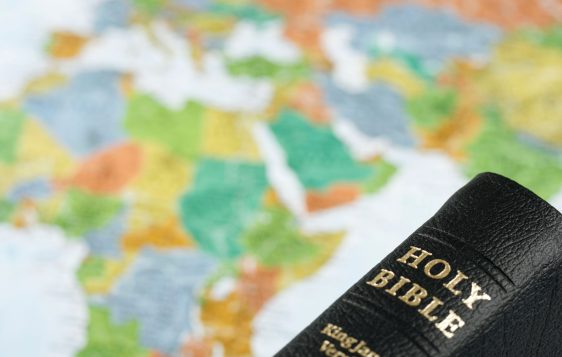 On this day, 10 years ago, my father took his last breath and passed from this life to enter Heaven. I had been with him in the hospital for 10 days. I had a little fold-out bed along the side wall of the hospice floor. I watched him go through the process of death. First, the realization that there was nothing more the doctors could do. The tears from family and friends as we prayed together and told stories of long ago.

Then came a few days where we for sure thought he wouldn’t pull through. We waited by the bedside, giving him medicine for comfort, but still, he remained.

Strangely, he was alert the next day. He wanted to get up and take a shower. My brother and I helped him to the bathroom, and after the shower, he sat in the chair. He demanded a pen and paper as he wanted to write down his plan for a battery factory he would build. He was amped up and talked for an hour. But then he got tired and wanted to get back into bed, so we helped him and pulled his cover up to his chest just as he liked.

He didn’t talk after that day. Not to us, anyways. He saw people behind the chair and would call out to them. He would talk to his mom as if she were right there in the room. The nurse told us that was normal and that if it was something that scared him, we could give him medicine to stop it. But he seemed to enjoy it, so we let it be.

Then came the quiet.

No more talking, no more responding to a hand squeeze, he was simply just there. I knew deep within my heart he was ready to go home. I talked with the hospice nurse and asked if there was anything that kept people from passing and she said stimulation. So, we just tried to make it as quiet as possible. There were so many questions. How could I keep him here knowing that Heaven awaits? How could I keep him from experiencing the glory of not dealing with pain, addiction, and suffering?

He passed peacefully with family by his side.

As I pulled out the folder with all his arrangements we had planned out weeks before, I looked over the obituary.

It’s standard to write the family that’s left behind. Two daughters and a son, and at the time, 2 grandchildren.

Left behind for what?

Death makes you question many things, especially, what is our purpose? Why are we here? Why is it important to know who a person leaves behind?

“Take the sum of all the congregation of the children of Israel, from twenty years old and upward, throughout their fathers’ house, all that are able to go to war in Israel. And Moses and Eleazar the priest spake with them in the plains of Moab by Jordan near Jericho, saying, Take the sum of the people, from twenty years old and upward; as the LORD commanded Moses and the children of Israel, which went forth out of the land of Egypt.” (Numbers 26:2-4)

Moses completes the second census of the people in the book of Numbers. After the first census, more than 600,000 had died throughout various instances where they had sinned against God and He punished them, wars with other nations, etc. So, as they prepare to take the land promised to them by God, He instructs them to number the people.

The detailed account of the entire chapter shows each tribe and their children and offspring. Although the head of the tribe, the patriarch son, had long since passed, they described who their children were and so forth.

Why was it so important to know who was who and who they left behind?

Those that were still alive were not only family to the patriarch, but family to God. They were His chosen people. And they were the ones that would prepare for battle and fight the war. They would be victorious for God’s glory!

We, too, have been left behind, left to prepare and fight the battle. See, we are just like the children of Israel. We have a Promised Land that we will be headed home for! But here on this earth, there is a battle raging. A war for the souls of our friends, children and loved ones. A battle with sin. Why are we still here? Because we have a job to do. God chooses to use us to share the gospel with the nations. We are to tell the story of Jesus! We are to hold the hands of the dying and pray with them that they accept Christ as their Savior. We are left here to instruct our children in the Word of God and live an example for them. We are left here to encourage one another, build one another up and serve alongside each other. We are to prepare daily for the battle before us!

He left behind 3 children, and it’s our job to serve the Lord, who provided a new body, a new life and a home for our father in Heaven.

I’ll see him again, I’m certain of that. But until then, I’ve got work to do.