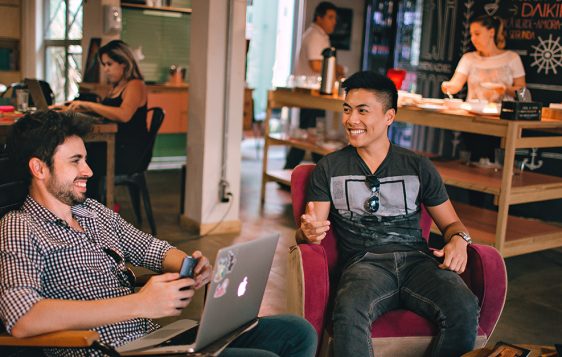 Those were the friends I stuck closest to during my time at CBC, and the ones who I still maintain regular contact with today. They had a heart for God, and many of us had similar life stories – grown up in churches, pastor’s or deacon’s or missionary’s kids, and so on.

Because of the similarities, I formed connections with those friends in a special way. They were the ones I spent time with. Some ended up working with me in the journalism department, and those friendships grew even stronger. In large part due to these friendships, I will always remember fondly the four years I spent at CBC.

Even before graduation, many of those friends began finding ministry positions at churches, mostly as youth pastors or worship pastors. And since they were still in college, most of them were at churches close by in Conway or Greenbrier or Little Rock, but seldom farther than that.

My friend Zac  (my post-college roommate and current ministry partner) served at a church two hours away from CBC, a commute that he made every Sunday and Wednesday.

I fondly remember many lunch periods or breaks between classes spent in the library conversing with my friends about ministry or doctrine or just the things of life – work and relationships and classes and family.

Shortly after my own graduation, I moved into an apartment with my brother Zac, my friend Zac and Max. At the time, my friend Zac still served two hours away and Max served as worship pastor at a church close by. The year we lived together was full of laughs and good times. But graduation also had its downside as other friends graduated, got married, and found full-time positions elsewhere.

That is the unfortunate burden of having friends in ministry, but one that is simultaneously and paradoxically a great joy. While it hurts every time one of them moves away, it is always good to see them following God’s will and finding a place to serve in the long term.

Now, many of us are apart. I am blessed that my wife Jessica and I serve at a church with my friend Zac and his wife Katherine and that several of our friends serve with us on Wednesday nights. But I have other friends who have since moved on, some serve relatively close by and some who are too far to see on a regular basis. Still others have gone even further, taken out of state by their calling or their families.

It’s hard to see friends go. The people I once saw almost every day, who were encouragers and friends, are slowly spreading farther and farther out. It’s a burden that all college graduates deal with, but with friends in ministry, there’s another level to it that can be very bittersweet.

It is a blessing, however, to have the technology to keep up with them. Cell phones and social media mean that even with friends I don’t see often I still get to stay in touch with them, see what’s going on with their lives, and continue to feel connected. Though the part of our lives where we can talk in person every day may be gone, it is even more a special blessing when we do get together, catch up on old times, and share what God has been doing in our lives now.

I thank God for the ministry friends that he brought into my life. I thank him for guiding each of us to the place in life where God wants us to be now. And I thank him for the times we had, the precious memories that forged bonds of friendship that I know will last a lifetime.