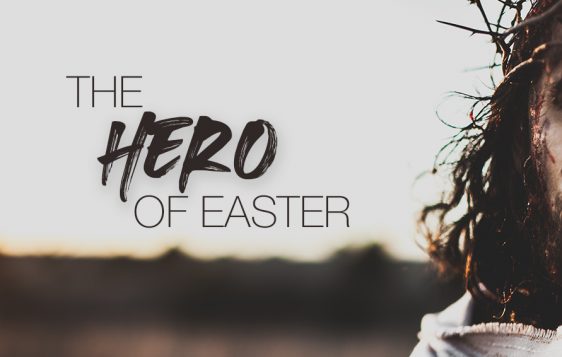 The hero has sacrificed himself to save the lives of many.

Now it is time to say goodbye to a beloved son and a trusted friend. The funeral music plays, the casket is opened . . .

And it’s empty. Easter has come and gone and the hero of all heroes has won. His name is Jesus.

Whether the “hero” is Captain America, Harry Potter, Sherlock Holmes, Aslan, or Jon Snow, our modern-day TV culture has seen sacrifice and resurrections on the screen again and again.

But the following story may sound like the best Hollywood script ever written: It’s about a hero whose resurrection is a fact, not fiction. His name is Jesus Christ.

After his crucifixion, Jesus was 100% dead and buried in the tomb of Joseph of Arimathea (a wealthy Jew and member of the Sanhedrin who had not voted for Jesus’ execution). This was not enough for the religious leaders who despised Jesus, and they went to Pilate the next day (Saturday) asking for extra precautions to be put in place.

They had remembered Jesus’ claims that he would rise again on the third day and were worried his disciples would steal the body to make it look like he did. Pilate acquiesced and sent a Roman guard to watch over the tomb along with orders for it to be sealed. This made stealing the body impossible, although the disciples were not thinking about that and were scared, confused, and in hiding.

At dawn on Sunday morning, an angel came down from heaven with the appearance of white lightning and rolled away from the stone that blocked entrance into the tomb (which was heavy and would have taken quite a few humans to do) at the same time an earthquake shook the land.

Not so long after Mary Magdalene, Mary the mother of Jesus, Joanna, and Salome approached the scene to complete Jesus’s body for burial to find his body missing.

Mary Magdalene ran back and tell Peter and John, “They took the Lord out of the tomb, and we don’t know where they have put him!”

Distraught, they raced back to the tomb.

Meanwhile, the other women who had remained at the tomb saw two angels who said to them, “Do not be afraid, for I know that you are looking for Jesus, who was crucified. He is not here; he has risen, just as he said. Come and see the place where he lay. Then go quickly and tell his disciples: ‘He has risen from the dead and is going ahead of you into Galilee. There you will see him.’”

The Roman guards, still present, were so terrified of the angels that they quaked with fear and fainted. But the women were so filled with excitement and joy that they hurried to tell the disciples the good news.

Then John and Peter arrived back at the tomb. The angels have left, and they see for themselves that the body has disappeared, leaving behind only the strips of linen that Jesus was wrapped in. John believes that Jesus has resurrected, whereas Peter is still confused and perhaps wondering if the body was taken by someone else.

They leave, but the weeping and distraught Mary, who has walked back to the tomb, stays and begins weeping, is approached by the resurrected Jesus and he asks her, “Why are you crying?”

“They have taken my Lord away,” she says, “and I don’t know where they have put him.” She turns around and looks at Jesus, though she does not realize it is the Messiah and thinks he is the gardener.

He asks her again, “Woman, why are you crying? Who is it you are looking for?”

She replies, “Sir, if you have carried him away, tell me where you have put him, and I will get him.”

Realizing that it is Jesus she cries out “Teacher!” and clings to him.

Jesus says, “Do not hold on to me, for I have not yet ascended to the Father. Go instead to my brothers and tell them, ‘I am ascending to my Father and your Father, to my God and your God.’”

Then, Jesus appears to the other women who had talked with the angels on their way back to the disciples.

“Greetings,” Jesus says. In awe, the women clasp his feet and worship him. Then Jesus says to them, “Do not be afraid. Go and tell my brothers to go to Galilee; there they will see me.”

The group of women and Mary Magdalene make it back to where the disciples are and tell them the good news – Jesus Christ is risen!

Meanwhile, the Roman guards head back to Jerusalem and relay their startling report to the chief priests. The truth being more difficult to believe than fabricating a lie, the religious leaders pay off the guards to say the disciples stole the body of Jesus, BUT . . . because the tomb was sealed and the guards posted that would have been impossible – especially if all they had to do was procure the body of Jesus to cement this lie as truth.

The next day, two of them head toward a village called Emmaus, which was close to Jerusalem. While they were discussing Jesus’s death and empty tomb, Jesus himself begins walking along with them, but they do not recognize him.

Jesus asks them, “What are you discussing together as you walk along?”

Gravely, Cleopas responds with a question, “Are you the only one visiting Jerusalem who does not know what has happened over the last few days?”

“About Jesus of Nazareth,” they say. “He was a prophet, powerful in word and deed before God and all the people. The chief priests and our rulers handed him over to be sentenced to death, and they crucified him, but we had hoped he was the one who was going to redeem Israel.”

Jesus says to them, “How foolish you are, and how slow to believe all that the prophets have spoken! Did not the Messiah have to suffer these things and then enter his glory?”

And beginning with Moses and all the Prophets, he explains to them what was said in all the Scriptures concerning himself.

As they approached Emmaus, the two disciples ask him to stay with them for the night. While eating dinner, Jesus takes the bread, gives thanks, and breaks it to share with them. Finally, the two recognize Jesus at this moment only to watch Jesus disappear.

They ask each other, “Were not our hearts burning within us while he talked with us on the road and opened the Scriptures to us?”

Instead of choosing to sleep on it, they rush back to Jerusalem to tell the disciples that they have seen the resurrected Jesus, “It is true!’ they exclaim. ‘The Lord has risen and has appeared to us!’”

While they were still discussing this, Jesus himself stood among them and said, “Peace be with you.”

Scared and frightened, they think he is a ghost. He says to them, “Why are you troubled, and why do doubts rise in your minds? Look at my hands and my feet. It is me! Touch me and see; a ghost does not have flesh and bones, as you see I have.”

They still did not believe even after seeing his hands and feet so Jesus asks them, “Do you have anything here to eat?”

They give him a piece of broiled fish, and he takes it and eats it in their presence.

He tells them, “This is what is written: The Messiah will suffer and rise from the dead on the third day, and repentance for the forgiveness of sins will be preached in his name to all nations, beginning at Jerusalem.”

Do you believe this story is true? It might sound radical, but Jesus is better than Captain America, Harry Potter, Jon Snow, or other fictional heroes.

Jesus is alive. And he saved the entire world!! He defeated death, he defeated sin, and he rose triumphant!

If you believe this story is true, I pray it either has changed your life or will change your life.

You have heard the truth – now will you choose to believe and follow Christ?

Copyright © 2021 by Melody Turner @ https://honestmayberelatable.wordpress.com/ . No part of this article may be reproduced or reprinted without permission in writing from Lifeword.org.