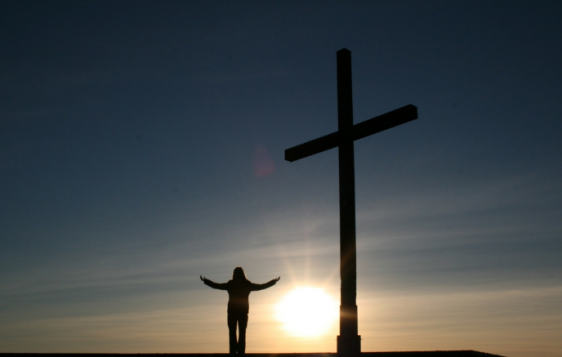 Are you intimidated by the circumstances of life? Do things happen that rattle you to the core? Do you struggle with doubts and uncertainty? Do the things in front of you look like they are bigger than the faith you can bear?

Noah was told to build a ship, though it had never rained. He was informed that a flood was coming which would wipe out all humanity, and the ark was the only hope of survival. God gave him specific instructions, not only on the dimensions of the ark he was to build, but also on what to take aboard.

For over 100 years, Noah and his family worked tirelessly, day in and day out, building something that those around them didn’t understand. The first raindrop changed their perspective.

Moses was called by God to lead millions of people out of Egyptian bondage, yet he lacked the self-confidence to even speak in public. He doubted his ability. He doubted the people would listen to him. He asked God to send someone else. But God knew exactly who He wanted for this job—a man whose doubt made him humbly rely on God and whose weakness put God’s power on display as He worked through him.

Leading the people wasn’t easy, and they certainly weren’t the most pleasant of followers. Though their attention spans seemed short when it came to trust, moments like the parting of the Red Sea always seemed to remind them of “Who” it was that was leading their leader.

David heard all the fuss coming from the big man on the enemy’s front line, and it didn’t take long for him to have enough. How dare this mere man taunt the God he worshiped! If no one else was going to stand against him, then David would have to be the one.

The armor was too big, so he passed on it. The sword wouldn’t be necessary either, his slingshot would do. Just imagine the sight as David, a young boy, steps up with smooth stones and slingshot in hand. Across the valley stands a man – a large man – a really large man! Goliath was a giant, but not in David’s eyes. The towering circumstances before David were dwarfed in the shadow of his limitless, omnipotent God! The stone flew and the giant fell.

Are you in a season of blind obedience that seemingly no one around you understands? Take heart – your present time of obeying is preparing you for something down the road!

Do you feel like you are lacking for the thing God has called you to do? He knows who you are (He made you!), and the things you think you lack are just the things God wants to use to show Himself mighty!

Are you staring at a towering giant of circumstances in your life? Others may have cowered in fear, but you can stand knowing Jehovah God, the Creator of all that exists, is here to fight for you!

“Jesus Christ, the same yesterday, today, and forever” (Hebrews 13:8). God doesn’t change. From Old Testament to present day – if He’s done it before He can do it again. The difference isn’t Him – it’s us.

Give Him your towering circumstances today and get ready to see Him move in ways only He can claim credit for!

Copyright © 2021 by Blake Martin @https://pastorblakeman.wordpress.com/2011/09/22/towering-circumstances/ No part of this article may be reproduced or reprinted without permission in writing from Lifeword.org.