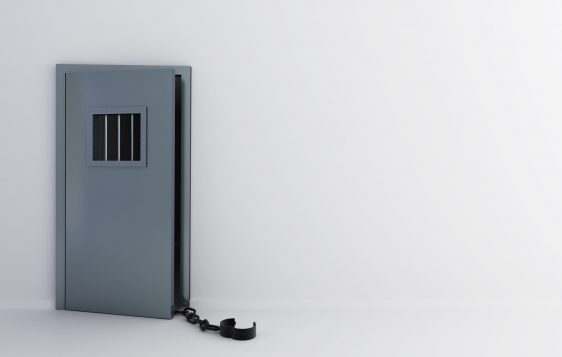 In the movie Shawshank Redemption, Morgan Freeman plays the character Red. He’s been a long-time inmate who is constantly denied parole because the law does not think he is reformed.

Finally, the day comes and his parole is approved. Shocked, he gathers what little he has and sets out after his release.

He recalls what happened to his friend and prison librarian, Brooks. When Brooks learns of his own parole, he holds a knife to a man’s throat and threatens to kill him. People can’t understand why he would do this until Red reveals that Brooks has been incarcerated so long he had become “institutionalized”.

Brooks was afraid he would not be able to function as a normal person in society anymore.

After his release and attempt at life outside the prison walls, it becomes too much for him to handle. This leads to Brooks taking his own life.

When you look at that, at first you think, how can anyone want to live as a prisoner?

Wouldn’t they want to be free? They have the opportunity, the door is open, here’s your chance at life, and they don’t want it? It seems so crazy.

Prisoners have the same schedule day in and day out. Brooks became dependent on that life and freedom frightened him.

In the book of Exodus, the children of Israel were also reluctant to leave at times and lacked faith.

But after Moses blames God for the children of Israel’s suffering, God reminds Moses just who He is.

I can hear jock jams playing in the background and as the music starts, you can hear that familiar voice say, “Are you ready for this?” Da da da dada da…

God was about to do something BIG! God instructs Moses to go tell the people His plan and promises to care for them.

But when Moses does, the people don’t respond in the way we think they should.

“Moses told this to the Israelites, but they did not listen to him because of their broken spirit and hard labor.” (Exodus 6:9)

How can anyone want to live as a prisoner?

Wouldn’t they want to be free? They have the opportunity, the door is open, here’s their chance at life, and they don’t want it? It seems so crazy.

Even today, many people respond to the gospel of Jesus Christ in a similar way.

We are dead in our sins.

We can do nothing to save ourselves – no amount of good works, no “this good will outweigh the bad”, no “I’ll have another chance”.

And then they hear about Jesus.

How God himself came to earth as a man, lived a sinless life and became the sacrifice needed to save all of mankind from their sins.

Man is a prisoner, awaiting torment and execution, but Jesus comes and offers freedom. And yet . . . most of the world wants to remain a prisoner.

Wouldn’t they want to be free? They have the opportunity, the door is open, here’s their chance at life, eternal life, and they don’t want it? It seems so crazy.

Today, God is offering you a chance at freedom, at redemption.

Trust in Him! If you are a believer, share the redeeming love of Jesus with someone today so that they may break free from the prison bars of fear, death and hell that hold them captive. Show them there is a way to live outside those prison walls.

There is life, and His name is Jesus.