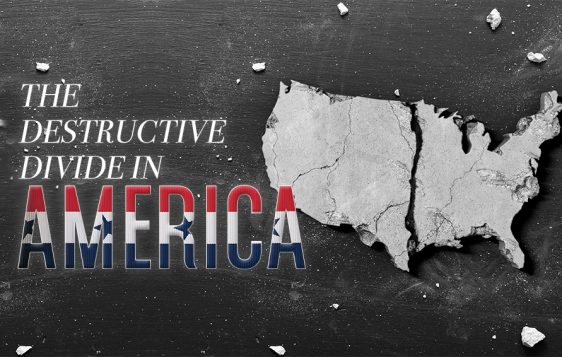 America, as a people, can seem akin to a pack of wild animals at each other’s throats. Our cultural and political discourse is, more often than not, steeped with venom that only serves to foster a deep resentment towards the people we perceive as “they”, driving us further and further from the idea of “we”.

Before I continue, I would like to clarify that I don’t believe that we should seek to eradicate all differences between people or strive for universal sameness. I, for one, like to think that there was a reason for God to have scattered the people of Babel across the earth (Genesis 11:1-9), and it certainly wasn’t so that we can all think the same, sit on our hands, and just get along without doing much, if anything.

However, the America that was once regarded as the great melting pot upon the crucible of enlightened ideals and freedoms from which many great spiritual warriors for Christ have come from now seems to be getting more and more comfortable with tribalism. Now it seems as if the greatest concern for many is making sure which team you’re on and that the guys on the other team get dirt in their eye so that we can gloat about how great we are and the alleged superiority of our ideas.

It’s an abhorrent and dangerous way of looking at the world, and one that has wrought destruction in our country throughout its history, one that is all too easy for Christians to fall into as well. And once again, I am not saying that there shouldn’t, nor that there isn’t, a degree of separation between individuals or groups.

Individually, I enjoy my own privacy. These periods of privacy and solitude are crucial for my mental health and serve as crucial times when I can study God’s Word, pray, and cultivate my personal relationship with him. There are also natural (and crucial!) separations between groups, namely that between believers and non-believers. That isn’t to say that Christians should avoid those not born again, far from it in fact, as that separation allows us to pursue the Great Commission and make believers of all nations.

What often happens is that individuals are lumped into groups based on trivial differences such as political orientation or race that are as pertinent in the face of God’s judgement as a grain of salt is to an ocean. Our human perception of the world around us demands that we categorize each other into different tribes, and the sin nature of our flesh often leads us to dehumanize and seek conflict with anyone who does not fit snugly within our team.

Ultimately our infighting and hyper focus on whatever made-up team we put ourselves on often distract us from the stark reality that some people simply don’t want to be reminded of or talked about: Regardless of where one comes from, how someone voted, what creed they espouse, the color of their skin, or whatever sins they have committed in the past, it only ever equates to meager human existence, and that, in the scope of eternity means little more than an everlasting separation from God.

This is the bleak reality of our situation, one that promises to grind the greatest of our accomplishments to dust and will outlast our most bitter prejudices as everything passes into the abyss of nothingness born of what man can produce.

At least that would be the case, save for the grace of God; and saving is what God is all about.

Simply put, Jesus’ death and sacrifice at Calvary gives true meaning to the human experience. The redemptive gift of this act transcends whatever imagined walls we may try to erect between us. Without Christ’s sacrifice on the cross, there is no lasting difference between those who label themselves “Christian” and those who have never even heard his name.