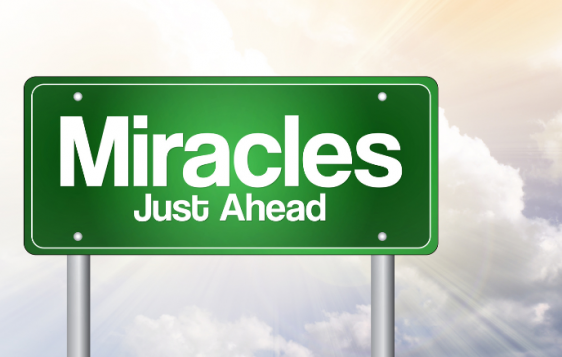 Miracles fascinate us, right? And while we all know what a miracle is, they can be a little hard to define. Let’s look at miracles—defining what they are, exploring why God performs them, the difference between miracles and magic, looking at some specific miracles, and asking the question, “Does God still perform miracles today?”

Let’s start with a basic definition of miracle. Miracles are extraordinary or unnatural events where God purposefully intervenes in human history. I chose the words extraordinary and unnatural specifically because miracles are moments that are outside the ordinary way things happen and are not natural—meaning that they fall outside the realm of nature’s laws. Since God is the Creator of all things—including the laws that govern the way creation functions like biology, physics, etc.—God is able to act outside of those laws because He is outside of those laws.

In Scripture, there are three primary words used for miracles—other than miracle, of course. They are wonder, power, and sign. Miracles are unusual events (wonders) through God’s might (power) to say something specific (sign). Let me illustrate what I just said with a miracle from both the Old and New Testaments.

The number one takeaway is that miracles always have a purpose. Miracles that don’t have a purpose are party tricks—and God doesn’t do party tricks. Wonders from the power of God always give us a sign. The thing is, we all want to see a miracle—and if we get right down to it, it’s mainly because we want to be entertained. That was the case in Luke 23 with Herod. Though his residence was in Tiberias in Galilee, he was in Jerusalem during the trial of Jesus before His crucifixion.

Luke records: “Herod was delighted at the opportunity to see Jesus, because he had heard about him and had been hoping for a long time to see him perform a miracle (do a party trick). He asked Jesus question after question, but Jesus refused to answer.” God doesn’t do party tricks. Herod was not getting the entertainment he wanted, so “[he] and his soldiers began mocking and ridiculing Jesus.”

Often in the Gospels, we see Jesus ask a simple question before He performs a miracle: “Do you believe?” In our minds, we think: “Show me a miracle and THEN I’ll believe.” But that’s not how it works. There are several instances in Scripture where God is rejected despite the performing of miracles.

Pharaoh rejects God after the ten plagues of Egypt.

The Israelites constantly grumble against God despite God miraculously feeding them daily.

The religious leaders reject Jesus and even say His power comes from Satan.

We think we need proof to believe, but God says He’ll prove our belief. Even the famous atheist Richard Dawkins said that even if God miraculously appeared to him, he would still reject Him. God works wonders to people who have the faith to see.