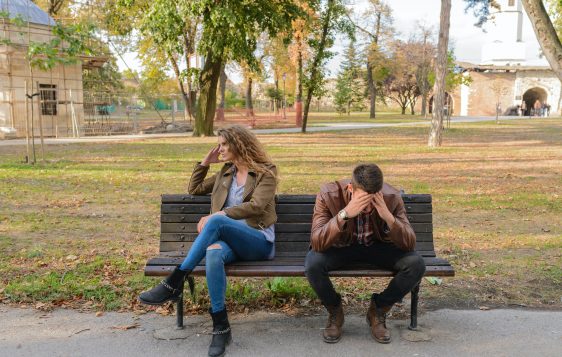 (Fun music playing in the background)

“Welcome to The Blame Game, where nobody’s wrong and everyone thinks they’re right. I’m your host, Yalanda, and today, we are joined by two people, who instead of owning up to their own mistakes, are at each other’s throats. Let’s check in with Genesis to see what our weapons of choice are.”

“Well Yalanda, both have stocked up an arsenal of hateful words, passive aggressiveness and have a few tricks of deception up their sleeves. This is going to be an interesting game to say the least!”

“Thanks Genesis! Wow, I can’t wait to see and hear these two go at it. It sounds like they will be fighting fire with fire. But who will be crowned our victor tonight? It’s the Blame Game folks!”

Does this describe your life right now?

Or maybe even a recent feud between you and a loved one or friend?

We’ve all been contestants and played the blame game whether we have realized it or not.

It’s easy to jump to the defense when we feel we have a strong offense. But sometimes, we aren’t prepared for what gets thrown back at us. In the end, there is no victor.

Both are to blame.

This is the case with the story of Judah and Tamar.

In Genesis chapter 38, we read of this soap opera debacle between Judah, the son of Israel, and his son’s wife Tamar.

You should read it, it’s only 30 verses, and I’m telling you, it’s a page turner. But to summarize for the sake of this blog, here’s my best attempt.

Judah goes out and gets a wife, not from his own people. She gives birth to three sons. He marries his first son, Er, to a woman named Tamar, but he is evil, and the Lord slays him. So, as the law of God commanded, the second son was to step into his brother’s place and marry the childless widow to bear a son that could be an heir to the inheritance.

But, the second son Onan, only pretends to be with her, and she will not have a child because of it. Seeing the deception, God kills him too. (Family commitments are serious in the eyes of the Lord).

Judah promises Tamar his youngest son for marriage when the boy is old enough. However, he does not fulfill his obligations because he assumes something is wrong with her for two of his sons to die.

Tamar realizes this and decides to take matters into her own hands. When Judah goes to the town of Timnah after his wife passes away, Tamar dresses herself up as a prostitute and follows him there (back then prostitutes covered their faces to hide their shame).

Judah sees her, makes her a proposition, and she says only on one condition – he must give her his signet ring, cord and staff. He gives them per requested, sleeps with her and leaves.

Three months later, news travels to Judah that his daughter-in-law has played the part of a harlot and is with child. Judah is enraged and is ready to stone her to death. But when she is brought before him, she lays out his cord, signet and staff and shows him that these things belong to the father of her unborn twins.

What a story, huh?

So, who was right?

Both tried to blame the other for the wrong that occurred.

But they were both wrong. Even though Judah claimed in verse 26, “She is more in the right than I, since I did not give her to my son Shelah,” she still wasn’t righteous by any means.

In the end, Judah admitted he was wrong for not fulfilling his promise to marry her and his youngest son. But he never admitted to any wrongdoing for sexual immorality.

How can we end the blame game? When we sin, confess before God and repent.

That means turn the other way.

Run from the sins and to God. And admit your sins to the ones you have wronged.

And stop bringing the other person down by bringing up things from the past!

Christ says in order to follow Him, we must humble ourselves. That means admitting when we are wrong.

Today, let’s put an end to the cheesy game show and stop blaming others when our sin plagues us.