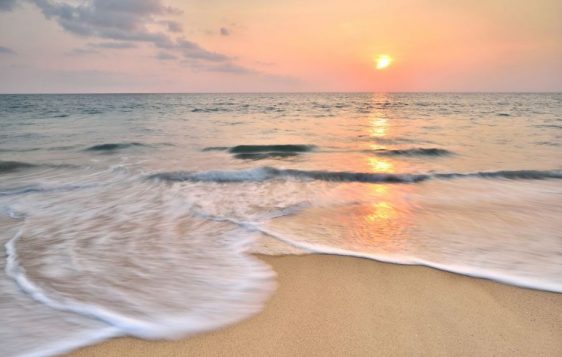 The beauty of the sun setting with the waves of the ocean rolling into the shore is just incredible. I look at the sand and think of the long stretch of beach and how many miles it must span. I wonder, how many tiny pieces of sand, just granules, make up that beach… far too many to number.

Joshua has conquered several mighty kingdoms thus far, but as we see in today’s study, he faces yet again an even greater multitude.

“And it came to pass, when Jabin king of Hazor had heard those things, that he sent to Jobab king of Madon, and to the king of Shimron, and to the king of Achshaph, And to the kings that were on the north of the mountains, and of the plains south of Chinneroth, and in the valley, and in the borders of Dor on the west, And to the Canaanite on the east and on the west, and to the Amorite, and the Hittite, and the Perizzite, and the Jebusite in the mountains, and to the Hivite under Hermon in the land of Mizpeh. And they went out, they and all their hosts with them, much people, even as the sand that is upon the sea shore in multitude, with horses and chariots very many. And when all these kings were met together, they came and pitched together at the waters of Merom, to fight against Israel.” (Joshua 11:1-5)

More than a dozen kings and their armies joined forces to fight against the Israelites. The number of men being gathered were far too great to count and they are described here in an interesting way. Joshua states there were “much people, even as the sand that is upon the sea shore in multitude”. These men seemed just as many as the sands that make up that beach. Can you imagine being Joshua right then?! What would he do? How could Israel win against that many people? The odds were stacked against them. The enemy was as far as the eye could see.

Before Joshua could respond, the Lord speaks and reminds him of who is leading this battle.

“And the LORD said unto Joshua, Be not afraid because of them: for tomorrow about this time will I deliver them up all slain before Israel: thou shalt hough their horses, and burn their chariots with fire.” (Joshua 11:6)

More and more these days, I feel outnumbered. I look at the encroaching enemy and think, “Lord, what will we do”? How can we, being so few, win against them, being so many?

Be not afraid. The battle belongs to the Lord. We simply trust and obey. If there is a war to fight, He will provide the strength and power to victory. Whatever battle you’re facing, the Lord is stronger than anything that could come against you. I don’t know about you, but that brings me hope and excitement! No matter how great the odds are, my God is in control!

Yes, Lord! Deliver us! We will stand and fight! We will trust in you! You will crush the enemy like sand under your feet! Your victory has already been won!