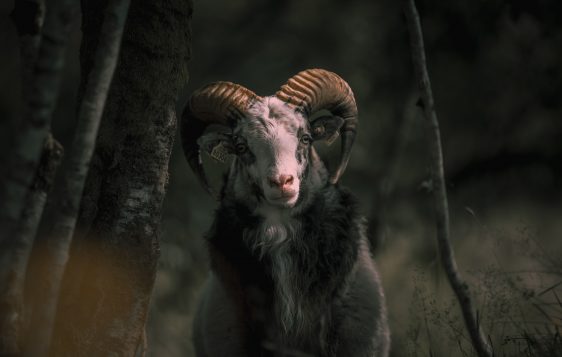 When I was younger, a commercial would come on Saturday mornings for a cereal called Kix. Their slogan was, “kid tested; mother approved.”

The company’s marketing scheme was to appeal to both parties involved – the one eating the cereal and the one buying it. Moms across the country have faced the dreaded picky eater and cross their fingers as they introduce new food items.

This cereal was sure to win over with the kids because it had been tested and proven.

In the book of Genesis, Abraham was a just man. He was devoted to the Lord and followed His commands. But God had big plans for the future, and Abraham would play a huge role.

So, the Lord decided to test him.

“After these things God tested Abraham and said to him, ‘Abraham!’

‘Take your son,’ he said, ‘Your only son Isaac, whom you love, go to the land of Moriah, and offer him there as a burnt offering on one of the mountains I will tell you about.’ So Abraham got up early in the morning, saddled his donkey, and took with him two of his young men and his son Isaac. He split wood for a burnt offering and set out to go to the place God had told him about. On the third day Abraham looked up and saw the place in the distance. Then Abraham said to his young men, ‘Stay here with the donkey. The boy and I will go over there to worship; then we’ll come back to you.’ Abraham took the wood for the burnt offering and laid it on his son Isaac. In his hand he took the fire and the knife, and the two of them walked on together.

Then Isaac spoke to his father Abraham and said, ‘My father.’

Isaac said, ‘The fire and the wood are here, but where is the lamb for the burnt offering?’

Abraham answered, ‘God himself will provide the lamb for the burnt offering, my son.’

Then the two of them walked on together. When they arrived at the place that God had told him about, Abraham built the altar there and arranged the wood. He bound his son Isaac and placed him on the altar on top of the wood. Then Abraham reached out and took the knife to slaughter his son.

But the angel of the Lord called to him from heaven and said, ‘Abraham, Abraham!’

Then he said, ‘Do not lay a hand on the boy or do anything to him. For now I know that you fear God, since you have not withheld your only son from me.’

Abraham looked up and saw a ram caught in the thicket by its horns. So Abraham went and took the ram and offered it as a burnt offering in place of his son. And Abraham named that place The Lord Will Provide, so today it is said: ‘It will be provided on the Lord’s mountain.’” (Genesis 22:1-14)

I know what you’re thinking. When I first read and heard this story so many years ago, I was shocked that the God I loved would ask a man to kill his son. In fact, I was even a little disheartened and disappointed.

I couldn’t understand it.

I can’t imagine sacrificing my own child, just thinking of it breaks my heart.

First of all, what was Abraham’s response when God told him what he was to do?

Did he scream at him?

Did he refuse and say no?

Did he even question why? No.

It says he rose up early, gathered everything, got his son and a few men together and did as he was told.

Then in verse five, notice what Abraham says to the men. He says he and his son would go up to worship and then concluded with, “We will come back to you.”

Even Isaac began to question a little.

But what about at the last minute?

Here was his son, bound together as the sacrifice, and Abraham has the knife in his hand, ready to slay his son for God.

I cannot be dogmatic and say I know exactly what Abraham was thinking in that moment. I don’t know if he believed if he sacrificed Isaac that God would bring him back to life or if he thought the Lord would stop the blow of the knife. But I do know Abraham never faltered.

Abraham’s miraculous son, the child of the promise, he willingly was ready to sacrifice because God asked him to.

And in that moment, right before the knife plunged through the boy, the Angel of the Lord called out to him.

Abraham has been tested and proven.

He proved he wouldn’t withhold anything from God, not even his own son.

In the thicket stood a ram, thorns intertwined around his head. Abraham knew God had provided it in place of Isaac.

The blood of the innocent ram would be poured out to save his son.

Let this sink in.

As much as you might fret over this story or be angry at God, stop and really think about this.

This is a picture of what God did for us with Jesus. He requires of no man what God Himself isn’t willing to do.

Our sins demanded payment. And the only way to pay for the sins of the world was through the blood of the innocent lamb, the Son of God, Jesus Christ.

God willingly gave His one and only Son to be the sacrifice.

Just as the ram was provided, so was Jesus. He was delivered into the hands of those who wanted His blood with a crown of thorns placed on His head.

He didn’t run away.

Abraham called the place “The Lord Will Provide,” because that’s what God did. And He has provided for us too!

God truly loves you and demonstrated that by giving His own life on the cross for your sins.

And now, He offers you forgiveness and eternal life.

Will you accept His offer?