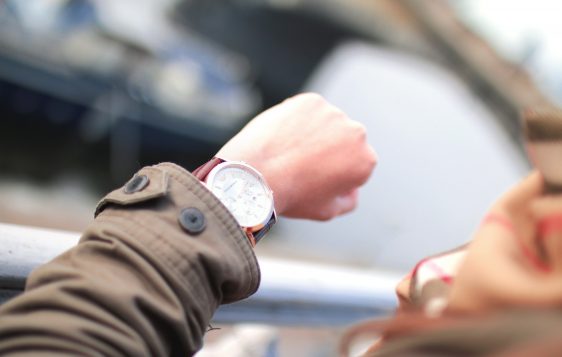 Patience is a virtue.

I’ve heard it said a gazillion times, however, it is not something I have mastered.

When I’m hungry, I cannot wait. I must eat right then.

When I’m waiting on something to load or to print on the computer… I have zero patience.

When I ask my husband to do something and he says he will get to it soon… well, you get the picture. That’s when I usually take it upon myself to get the job done. And of course, it usually ends in disaster.

Like when I wanted to get the glider out and put it together for PawPaw and Grandma that we had ordered. It sat there in the box for weeks… So, Shaun was busy, and I knew I could do it.

Which I really couldn’t. I only skimmed the instructions and ended up putting the bottom on backwards, twice!

I’m not the only one who has struggled with patience. A couple of thousand years ago, Abram and Sarai also were getting impatient with what God had promised them.

“Abram’s wife Sarai had not borne any children for him, but she owned an Egyptian slave named Hagar. Sarai said to Abram, ‘Since the Lord has prevented me from bearing children, go to my slave; perhaps through her I can build a family.’ And Abram agreed to what Sarai said. So Abram’s wife Sarai took Hagar, her Egyptian slave, and gave her to her husband Abram as a wife for him. This happened after Abram had lived in the land of Canaan ten years. He slept with Hagar, and she became pregnant. When she saw that she was pregnant, her mistress became contemptible to her.” (Genesis 16:1-4)

If you’ll remember, God promised Abram he would make his descendants as numerous as the stars in the sky. He promised to give them an heir, a child. We also remember that, so far, Sarai, Abram’s wife, has been barren, unable to conceive children. And now, Sarai is also pretty old and they have lived in Canaan for ten years, and still, no baby.

At this point, she shows impatience and doubt in God’s power.

Obviously, since she’s barren, she believes there is no way God can bless her children. There is no way for what God has told them to come true unless Abram has a child, without her. This is what’s running through Sarai’s head. So, in her womanly wisdom, she decides to “fix” the situation and help God fulfill His promise to Abram. (This is where we shake our head and roll our eyes at Sarai).

So, what’s her great plan? She decides to give her handmaiden to her husband to have a child.

Does this sound familiar? We haven’t gotten there yet, but Rachel and Leah did the same thing with their sister-spouse rivalry when they both gave their handmaidens to Jacob, Abram’s future grandson. Culturally, in that day, it was an acceptable practice. But, obviously, for all the women involved, it created a lot of strife and family tension that could have been avoided. And in Sarai’s case, it could have been avoided if she trusted in God to give her a legitimate heir, instead of giving Abram a concubine.

But here is the worst part: not only was this a dumb idea on her part, but now we have Abram, the man called out by God, agreeing to this plan! (Can I get another eye roll?)

Yes, Abram agrees! And low and behold, she conceives a child. And then, of course, you can only imagine what happens. The second part of verse four says, “When she saw that she was pregnant, her mistress became contemptible to her.”

What did she think would happen?

THIS was not God’s plan.

First off, we know it isn’t because He designed sex for married couples only. He also designed marriage for one man and one woman.

Secondly, we do not see God telling them to do this.

Third, because of their hasty decision to “fix” their problem, the handmaiden was now hated, and jealousy consumed Sarai. In the coming weeks we will see just what a bad decision this was.

But can we really blame Sarai?

I mean we can roll our eyes and be frustrated at her all we want, and Abram too, but how often have we prayed about something, and then instead of allowing God to be in control, we decide to “fix” it? So now, we can all hang our heads in shame. I have done this, far too often than I’d like to admit. I too have wanted things and instead of waiting on God I concoct a plan of my own and say it is God’s plan when He is not in it.

If we would only stop and really think about our decisions.

If only we would be still and know He is Lord.

If only we would wait upon the Lord.

What are you trying to fix?

Will you surrender it to God? Give it to the Lord. Let Him work it out in His timing and not in yours. As we will see with Abram and Sarai, His timing is always perfect!