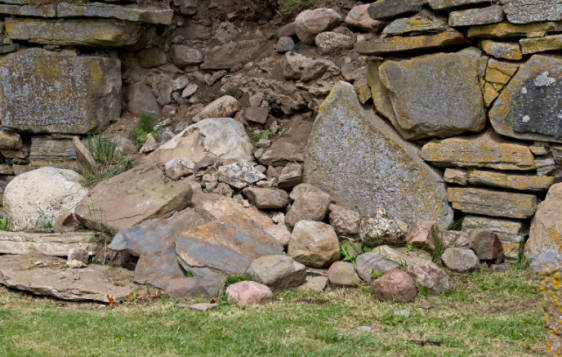 Have you ever been hurt?

Have you ever been betrayed?

Have you ever been disappointed?

Has someone you’ve trusted done something untrustworthy?

Have you ever found yourself living in the regret of allowing yourself to be hurt, betrayed, disappointed, or let down?

If so, you may very well be living inside a wall.
Walls serve a purpose, no doubt. In Bible times walls were a primary source of defense for a city. They kept dangerous people out, and allowed only the safe, trusted people inside. There was a reason to have a wall, and if you didn’t your risk of being conquered and plundered was very high.
However, there are two types of compounds that commonly use walls, and they are eerily similar: fortresses and prisons. Both employ walls for defense. However, the differences in access are miles apart. If you were to reside in a fortress, your access to the outside world would be decided by you. Yet in a prison it would be decided by others.
The question now is simple: Is your heart in a fortress or a prison?
We’ve all been hurt, but the moment of truth in healing comes when you can honestly say that the hurt someone else has inflicted upon you is no longer governing your dealings with other people. That’s not to say something wasn’t learned in that healing process about how to relate to others. It simply means you are now the one making decisions and no longer allowing that past hurt to affect you.
There’s some good news as it relates to walls, though! Joshua once led an army of people around the strongly fortified walls of Jericho. God had given him specific instructions about causing the walls to crumble. God told Joshua to march with his soldiers around the entire city wall a specific number of times. After the final trip around, Joshua was instructed to have everyone blow their trumpets as loud as they could, after which the wall would fall.
The marching itself didn’t cause such a seismic event that the wall crumbled.

The trumpets in and of themselves didn’t force the stones to topple off one another.

It was God that brought the wall down, make no mistake about it.

However, it was Joshua and his people’s obedience to God’s instructions that God chose to honor. He kept his word, and the wall came tumbling down.
So today, where are you trapped? A fortress or a prison? The truth is that if your heart is surrendered, “inside” the walls, and following his plan, it’s not the walls preventing us from living. Trusting God and following Him with our lives can bring those walls down many times faster than you think. In fact, your purpose in life is to love God and serve him forever.

So pick up your trumpet and start marching. God is up to something in your life as he calls you accept his love and grace today!

Copyright © 2022 by Blake Martin @https://pastorblakeman.wordpress.com/ No part of this article may be reproduced or reprinted without permission in writing from Lifeword.org.