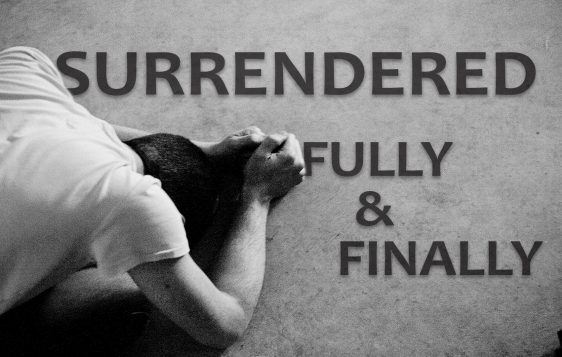 I started drinking when I was fifteen because my parents were gone every weekend and my brother and sister would throw huge house parties.

So, of course, drugs came with the territory.

In fact, all my addictions that I would later have would stem from this simple desire to have fun, but as time went on, things got more serious, and the “fun” became a monster that eventually ate me alive.

Here’s what drugs did for me:

When I was 21 I was hospitalized for overdosing on cocaine and Xanax.

I’ve been picked up by the cops for passing out in gas station bathrooms because I was so drunk.

I’ve gone months without employment because I couldn’t pass a drug test.

I know what it means to be broken and alone, addicted, and hopeless.

I suffered severely from my own foolishness just like the prodigal son that I would read about a few years later.

I found myself at the pig sty, dying to have something else, something real.

It was at this time, the spring of 2009, when I began visiting my brother in prison. He was being preached to and he was reading his Bible. For the first time I was hearing about God in a way that seemed applicable, not just some religious, confusing blah blah blah.

It was refreshing. In fact, so refreshing that I made him promise me we would find a church when he got out. I couldn’t go by myself because I was stilling drinking and smoking weed every single day.

I was nothing like them, the church-goers. The last thing I would ever do was walk into a church alone. I needed help, so he said he would go with me.

We didn’t start going to church until the fall, so for months I waited for him to get out.

In the meantime, I was dying for truth

We eventually ended up attending Antioch in Conway, Arkansas. Associate Pastor Bobby Tucker spoke on the “God of second chances” like he knew me my whole life and wanted me to hear what he had to say about it.

My brother and I started going to church more and more, even at night. Everyone was deeply alarmed at our presence. It’s hilarious when I look back at it, because can you imagine two men going to church together?

That raises some concerns right? Either way, it didn’t matter.

One day I heard Pastor Jason Altman preach, and I can remember one statement that he said that pushed me over the edge.

In fact, if he hadn’t said this I’m not sure where I would be today.

He said, “You’ll never be good enough to be saved. If you try to clean yourself up and then come to Jesus, it’ll never work. You come as you are, and then God works out the rest.”

So even though I was still drinking and smoking weed (from depression, not for fun) I decided to walk the aisle.

On a Tuesday afternoon, November 18, 2009, I met with Antioch’s college pastor Shawn Hammontree, and he led me to Christ in his office.

I went to Central Baptist College’s chapel service afterward and felt like I never had before.

Shawn baptized me and at that point I was all in. I was in church Sunday morning, Sunday night, Monday for youth group, Tuesday for Perspective (college), and whenever else I could be.

I began to grow and to see God’s grace in my life more clearly. All of my doubts consumed me, so I studied apologetics like my life depended on it. I’ve continued to grow in this particular area.

During my twenties I read my Bible and every book I could get my hands on. I would listen to sermons for hours at a time and eventually I received a formal education as a Bible major.

God has provided me with a beautiful wife and daughter, and a peaceful state of mind. I have a job that provides for our family, and I’m excited for everything that is ahead of me.

My prayer has always been the same since the day I gave my life to Christ. I pray to God that he will continue to pursue me and work in me.

My highest goal in life is to hear God tell me, “Well done.” There’s nothing I want more than that, and I hope in the deepest part of my heart that it always stays that way, God willing.