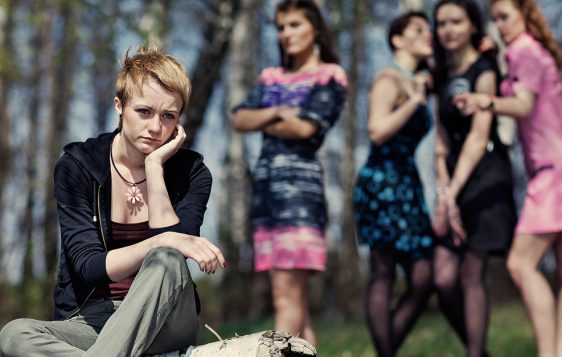 It’s a topic no one wants to talk about. If it happens, people sweep it under the table. A related topic that gets swept under the rug is suicide among the LGBTQ community and a Christian’s responsibility.

The LGBQT community is three to four times more likely to attempt killing themselves. And if they are from a highly rejecting family, they are eight times more likely to self-harm. 41% of transgender students have committed suicide. Every time someone victimizes an LGBTQ person the likelihood of self-harming behavior increases 2.5 times on average.

So we as Christians need to talk about this because Jesus died for everyone . . . yes, EVERYONE. The statistics are too staggering and heartbreaking for us not to, especially since most of the noise and commentary on this topic is coming from a culture that doesn’t believe in the hope of Jesus Christ.

Now from my perspective, a plausible reason an LGBTQ person has such a high risk of committing suicide is that they think happiness can be found by the following:

embracing who they are

taking these hormones to become a girl/guy

having surgery to feel complete

The root of the problem is that we are all searching for something that gives our lives purpose and makes us feel complete. For me, because Jesus saved my life, I know I am made complete through my faith in Jesus Christ. I know that Jesus Christ is perfect, and God is a righteous judge who demands justice. And I know that I am a sinner, and Jesus has taken that sin away and made me free.

Perhaps the LGBTQ community is searching for what we all are: love and acceptance. And although they might not realize it, they are looking for a God who loves them and died on the cross so they can have eternal life.

If I was an alcoholic and found Jesus, the Bible talks about a transformed life. Jesus comes first.

If I was an adulterer, I couldn’t be in a good relationship with Christ if I continued to unabashedly cheat on my spouse.

So if I was gay, wouldn’t the Holy Spirit convict me if I surrendered my life to a perfect God?

There’s a story in the New Testament where the Pharisees were trying to test Jesus by hauling a woman who was caught in adultery into the synagogue? She was guilty, caught in her sin . . . But what did Jesus do?

He started writing on the ground. Who knows what he was writing; it’s a mystery. But he said, “he who has not sinned cast the first stone,” because the Old Testament law demanded that she be stoned to death as a penalty for her sin.

But she wasn’t stoned that day. The older Pharisees left first, then gradually the room became more and more empty as Jesus continued to write. Once it was just the two of them Jesus said to her, “I don’t condemn you, go and sin no more.”

He loved her, and he gave her another chance, but he also said to leave her past life behind.

So yes, I do believe sexual immorality is a sin. But I don’t think we should be “victimizing” people who are a part of the LGBTQ community, especially when it just increases the chance of self-harm or committing suicide. I personally do not want someone’s death on my hands . . . I don’t want to be casting stones, since that’s not my place or calling.

I’m called to love people, and Christ will do the rest. He is pretty good at being God; he doesn’t need me to “step in” as judge or change their hearts spiritually.

So what do we do?

Well, we love people. But we also stand for biblical truth and we see that in this society, the one thing everyone needs is Jesus.

He is the answer.