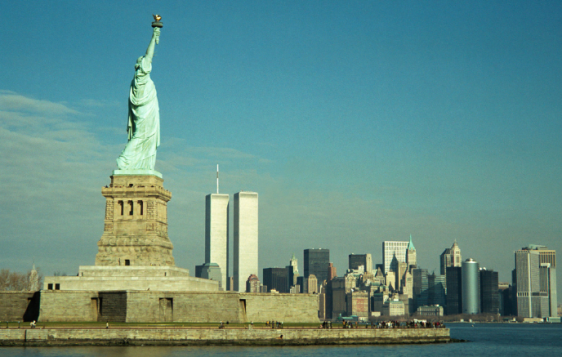 The twentieth anniversary of 9/11 has come and gone. To tell you the truth, I was dreading the day.

There are many days in my life that I don’t want to remember. I would rather just avoid reliving the pain. But when it comes to September 11th, even though it puts a lump in my throat and causes me grief, it’s a day that must be remembered. These are feelings that need to be felt and faced all over again. The sorrow, the horror, the disgust, the anger, the gratitude . . . it all needs to be experienced again. It should never be forgotten.

It’s hard to believe, but we now have a generation of adults who can’t remember that day. Some were too young to remember, some were not even born. So for their sake and for future generations, September 11th should never become a footnote in history. It must be felt.

In evangelical circles it’s become kind of vogue to keep your patriotic leanings under wraps. Some Christian leaders feel that they are lowering their calling if they say anything about the principals of freedom that America is built upon. In the last election I watched as leaders derided one another for speaking out. Even as it became clear that anti-American policies were being exposed, there was silence from many. I suppose the cancel culture of the day gave some people pause.

When does the evil of the day, even when it is masquerading as politics, rise to such a level that it must be addressed by God’s people? Do we really believe that everything in our lives is, at the core, spiritual in nature?

I realize mere political squabbles should never be highlighted or made prominent in our churches, but I do believe we are living in a unique day. Evil is being spread and normalized across America and many times the devil is using political devices to move his agenda along. And even though it may be costly, God’s people should stand up and be heard.

I am an American. I believe in American ideals. But I am a Christian first. My allegiance, first and foremost, is to Jesus Christ. When the two become conflicted, my allegiance to Jesus must always come first.

However, most of the ideals that America was founded and built upon were based on biblical principals before they were incorporated into our national standards. I still believe that they are worth standing up for. When our American ideals coincide with biblical standards or if they stray from the truths of God’s Word, then God’s people should stand and speak whether or not there is criticism from inside our ranks or from the outside.