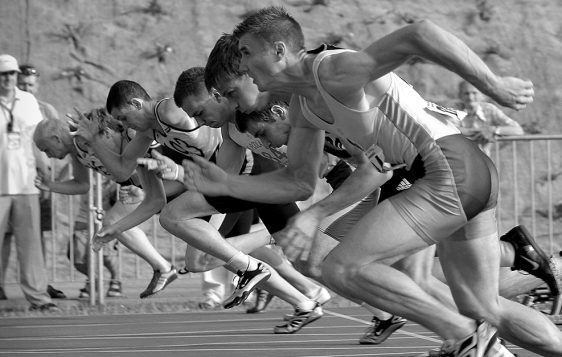 It was probably there inside me just waiting to get out, something about myself I didn’t know was possible. When you become a parent, you discover it eventually.

For me, it reared its ugly head during a close, exciting Little League baseball game.

I can’t remember what caused it exactly, but someone yelled at my kid when he made a bad play or maybe it was someone yelling at another kid on the team. Either way, when I looked around to see who it was . . .

I heard my own voice echoing in the warm summer night.

No, it couldn’t have been me! I had perspective on sports and competition. I understood that it was kids playing ball, learning about winning and losing, and understanding what it meant to be part of a team. Growing up, my brother and I played all kinds of sports, and my dad watched every sport available on TV. Could I possibly have become THAT mom?

But yes, it WAS my voice and just the beginning of more than a decade of asking God to change my heart and truly give me the right perspective on competition. After all, “out of the heart, the mouth speaks” or, uh, yells.

“Cheering them on” had gone horribly wrong, and I knew that “ugly head” had to buried. From then on, it became a mind game I played with myself to keep the bad thoughts from becoming verbal ones.

The Bible certainly has plenty to say on the topic. In fact, Paul directly addresses the self-discipline of an athlete and the “prize” that he hopes to achieve. In his first letter to the Corinthian people, verse 25 says that a Christian competitor “goes into strict training” to achieve the prize and an eternal, everlasting crown.

In the verses that follow (26-27), Paul mentions the importance of running intentionally, with self-discipline, instead of just beating the air aimlessly.

Second Timothy 2:5 also addresses athletes, but four verses before that one, Paul admonishes young Timothy, his disciple, to “be strong in the grace that is in Jesus Christ.” After saying that Christians are teachers and soldiers, verse five says they are also athletes that compete according to the “rules.”

The rules he speaks of are not the manmade “rules” of a specific sport (track and field, boxing and wrestling are sports Paul mentions in other letters) but the many guidelines and  reminders he has given to Timothy as a gospel messenger.

These verses in 1 Corinthians and 2 Timothy directly address Christians but not the people in the stands, like me, who love sports and the thrill of competition. However, they are meant for me, because that’s how the Bible works: Every word is inspired by God to teach and admonish. (See Colossians 3:16 and Hebrews 4:12.)

Athletic competition has rules, but The Rules are Words of Life for all humanity.

As such, there is no other view on the world for me than a biblical one. Using Paul’s letters to the Corinthians and Timothy, here are four things God taught me about my heart problem concerning sports and competition:

#1 – Intentional Self Discipline: I couldn’t cure my heart condition without God, prayer and deciding before game time to be an encourager, not a hinderer to my child and his or her team. My children could be affected by my actions in public in a negative way, and kids learn self-discipline, and many other positive and negative attributes, from their parents.

#2 – Proper Perspective: How important was a game really in their development as Christians? Were they really going to be college or professional athletes? What was my purpose for them competing in team sports? Christian parenting is all about one purpose: Pointing children to Jesus and the cross instead of the world and all its evils.

#3 – Me as a Messenger: As a messenger, a representative of thegospel, I can’t do my job without mentioning or representing the word grace. How does the world understand that message and Jesus’ death on the cross if I don’t live it? And living it means acting like a sinner saved by grace, not a crazed mom bent on winning and promoting her child.

#4 – Compete Like a Christian: What does a Christian look like, both the athlete and the spectator? Someone who is filled with the fruits of the Holy Spirit. Listed in Galatians 5:22, they are love, joy, peace, patience, kindness, goodness, faithfulness, gentleness and self-control. It’s possible to exemplify ALL of those and be an ambassador of Christ (2 Corinthians 5:20) on the field or court at the same time!

My decade-long “career” as a baseball, softball, football, cheer and volleyball mom is over, and my adult children seem not to have any negative effects. Because God convicted me every time, I still feel the sting of things I did, thought or said in the stands or on the bleachers.

I’ve also been forgiven, and I praise the Lord for that.

God has blessed me with a grandson, and I have already told my daughter, his mom and the volleyball player, to start praying to be filled with all the fruits of the Spirit, both in the competition and comparison areas.

Because social media has made for an even more difficult road for parents to have proper perspective.