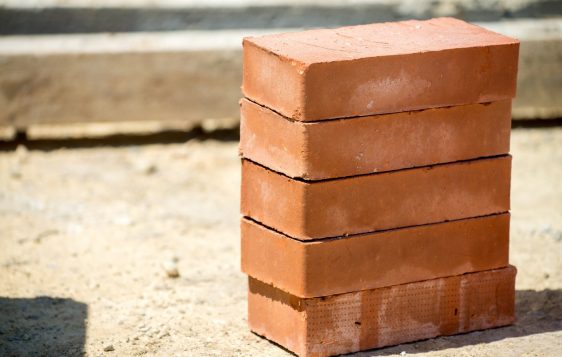 “I’ll give you something to cry about.”

I remember hearing my dad say that.

One of us would be whining about something. . . usually how unfair our dad was being, how horrible our life was. . . yada, yada, yada. And then the infamous line came, “I’ll give you something to cry about.”

Our hard times became even harder.

Our tough situation just got tougher.

Our miserable existence just got worse.

In Exodus chapter five, Moses and Aaron told the Pharaoh to let the Israelites go so they could make sacrifices to God. But the Pharaoh denied them, saying he didn’t know this Hebrew God.

As Pharaoh thought more about their request, the more aggravated he became. His response was similar to my dad’s words, “I’ll give you something to cry about.”

“But (Pharaoh) said, ‘You are slackers. Slackers! That is why you are saying, ‘Let us go sacrifice to the Lord.’ Now get to work. No straw will be given to you, but you must produce the same quantity of bricks.’” (Exodus 5:17-18)

Not only were the Israelites slaves to Pharaoh, they were forced to do hard labor. Their job was to make bricks. Pharaoh has always supplied them with what was needed for the job, straw, even though it was still hard work. But now, because he didn’t want them to get their hopes up about being free, he required the Israelites to gather their own straw. And on top of that, they had to make just as many bricks as they did before.

Their hard times became even harder.

Their tough situation just got tougher.

Their miserable existence just got worse.

And what did they do? Instead of blaming Pharaoh for his unfair actions, they blamed Moses and Aaron.

“‘May the Lord take note of you and judge,’ they said to them, ‘because you have made us reek to Pharaoh and his officials—putting a sword in their hand to kill us!’ So Moses went back to the Lord and asked, ‘Lord, why have you caused trouble for these people? And why did you ever send me? Ever since I went in to Pharaoh to speak in your name he has caused trouble for these people, and you haven’t rescued your people at all.” (Exodus 5:21-23)

Why is it our first reaction is to blame God? When a hard time gets harder, that seems to be a person’s initial response. They say, “Lord, why are you doing this to me?”

When a situation goes from bad to worse, it’s not the absence of God or the work of His hand. However, it may be a part of His plan.

When I step back and have a bird’s eye view of the situation, I can clearly see the Israelites’ anger should have been directed at Pharaoh, not at Moses and Aaron, and not at God.

God used the actions of Pharaoh to allow the people to see the evil inside of him. They would realize how awful it was there, and eventually, turn to God for help.

Sometimes it takes the lowest of lows to get us to realize how incapable we are and how much we truly need God.

God isn’t silent because He doesn’t care. He’s watching, waiting and preparing for the right time.

When hard times get harder, don’t cast your blame on God. Look to Him for guidance and a hope for something better to come.