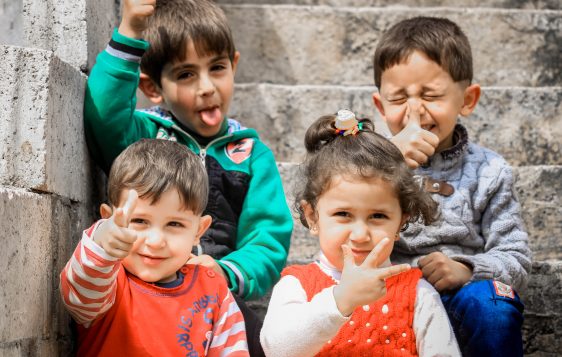 I have two siblings, a brother and a sister. My sister being two years old and my brother being four years younger.

There were times when we were kids that we all got along, but there were definitely fights. Like when I wanted to wear my sister’s new outfit, and of course she didn’t want me to. Or when my sister would call my brother an ugly name and they’d go at it. I could tell you some pretty crazy stories about the fights we had, but in the end, we are still siblings.

Even at our worst throughout the years, I never despised them enough to allow anyone else to bring harm to them.

Once, in the seventh grade, another girl who was older than me, tried to beat up my sister in the library. I tracked her down and threatened if she touched her again, she’d have to deal with me (I know, I really looked intimidating).

As much as my siblings and I fought and despised each other at times, and there were plenty, we still wouldn’t wish harm upon another or wanted to physically kill each other.

However, there’s a famous character in Genesis whose brothers wanted to kill him, and then ended up selling him into slavery instead.

Joseph is one of the youngest of 12 brothers born to his father Jacob. Joseph was the son of Rachel, the beloved wife of Jacob. When she passed, all Jacob had from her was Joseph and young Benjamin.

As an adolescent, Joseph had visions in the shape of dreams. He decided it was a great idea to share these dreams, where his brothers, the moon and the stars are bowing down to him, to his family.

Unfortunately, Joseph’s brothers didn’t appreciate their brother’s dreams about ruling over them and they decided to do something drastic.

Joseph was sent to look for his brothers and the herds and as he approached, several of the brothers were already coming up with a plan.

A plan to kill him.

“‘Come now, let us kill him and throw him into one of the pits. Then we will say that a fierce animal has devoured him, and we will see what will become of his dreams.’ But when Reuben heard it, he rescued him out of their hands, saying, ‘Let us not take his life.’ And Reuben said to them, ‘Shed no blood; throw him into this pit here in the wilderness, but do not lay a hand on him’—that he might rescue him out of their hand to restore him to his father. So, when Joseph came to his brothers, they stripped him of his robe, the robe of many colors that he wore. And they took him and threw him into a pit. The pit was empty; there was no water in it.” (Genesis 37:20-24)

Jealousy and hatred had filled their hearts and they were ready to act. Thankfully, Reuben at least saved him from being killed. However, while Reuben was away again, Judah decided they shouldn’t just leave him in a pit to die, but instead, sell him into slavery and make some money.

Sure enough, merchants from Egypt came through made a deal and Joseph’s brothers sold him for 20 pieces of silver.

The brothers knew he wouldn’t last a few days or a week being a slave. They believed he would be dead, and they would have nothing else to worry about.

But how they would be wrong.

They had no idea what the Lord had in store for them, or for Joseph.

There is no room in our lives or hearts for hatred towards others. There is only one thing we should hate that strong, and that’s sin.

Unfortunately, as Christians, we are failing miserably at that.

In society today, we’ve lifted up sin and put it on a pedestal.

We bow down to it and worship it like a statue.

We invite it into our homes, our churches, our families, our work places and every aspect of our lives.

Let’s stand up for what’s right.

Let’s fight for those who have no voice.

For those who are persecuted, hated and aim to be destroyed.

Show the love of Jesus. Be His hands and feet to a lost world.