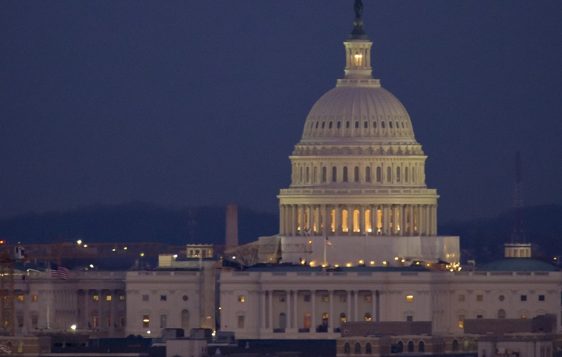 When we see moral and cultural decay occur in our country, sometimes our response is to put a lot of effort into getting the “right” candidates elected to office. If we could just gain a majority of people who think like we do, they could outlaw everything bad and sinful and America would be great again, right?

But I want to make a statement that, when I realized it, hit me like the proverbial “Mack Truck” Baptist evangelists were always threatening my life with at revivals:

Israel had perfect laws given to them straight from the hand of God. How’d they do with that?

We have an entire Bible that emphasizes and reemphasizes the fact that the law cannot make a person/people/nation righteous. Righteousness is a matter of the heart, and the law does nothing to change that. In fact, sometimes it makes us worse. For example, if you’ve ever seen a sign that says, “Do Not Step On The Grass,” I would bet you have felt the desire to step on said grass.

I want to be clear that I am not about to say that Christians should completely abandon politics altogether. We should vote, and we should pray that God sends believers into the political arena as there are positive and negative effects to certain policy implementation.

But we should never put our hope for the redemption of people and their lives in politics. Our efforts to win elections should pale in comparison to our efforts to love, serve and evangelize the lost. We cannot legislate the gospel into the hearts of people, and when we try, it usually backfires.

I recently asked Stuart McAllister, an apologist for Ravi Zacharias International Ministries about how we as Christians should balance our respect for the right of others to disbelieve with our desire to make “good” laws.  I’ll never forget his answer:

When Jesus came on the scene, the Jewish people, including his disciples, wanted him to take power and become a king. But his kingdom was not of this world.

Yet with no army, what started with one man, his 12 disciples and a handful of women changed the world. In fact, it seems through the New Testament, and history as well, that the less power the church has the more its influence grows.

If you’re concerned for America, that’s good. But what are you doing about it? If your answer revolves around trying to convince people on how they should vote or listening to talk radio or bemoaning the state of affairs at the water cooler or picketing – I challenge you to take all that energy spent on politics and compare it to your energy and zeal for the Lord.  How does it stack up?

Once again, I am preaching to myself. I had to force myself to stop listening to talk radio because it poisoned me against people for whom Jesus died and made me focus on the symptoms of an illness, rather than the illness itself.

We cannot forget that our battle is not with political parties or even other countries; it is with the devil. And there is a Satan-crushing atom bomb called the gospel that needs to be dropped on the hearts of every person possible because it’s the only thing that changes hearts. If you change hearts, politics will take care of itself.

So, before we take others to task about how they vote, let’s try to take them to Jesus first.

Copyright © 2020 by Klinton Silvey  @ Life in Progress Ministries. Used with permission. No part of this article may be reproduced or reprinted without permission in writing from Lifeword.org.