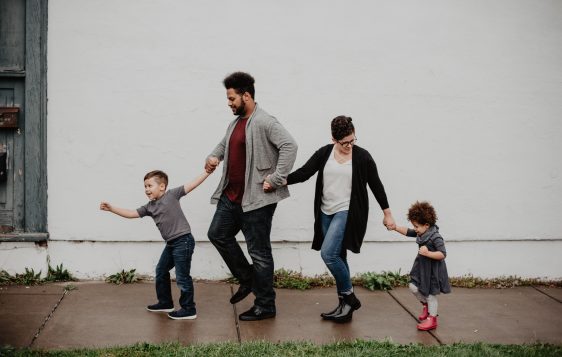 As a child, if I had asked my parents what their goals for me in life would be, I’m sure they would have said something like…

You probably have goals for your children as well.

You want to raise them right.

You want them to be motivated and willing to learn, to be kind to others, and to be smart about their decisions.

All of these are good things. But Abraham had one goal for his son, and it was to follow God.

Abraham was getting older, remember he was more than 100 years old when Isaac was born, and he knew there were some things to get in order before he died. The main one was he needed to find a wife for his son Isaac. He directed his servant with the task, under oath, to go find his family and a bride from them.

“And Abraham said to his servant, the oldest of his household, who had charge of all that he had, ‘Put your hand under my thigh, that I may make you swear by the Lord, the God of heaven and God of the earth, that you will not take a wife for my son from the daughters of the Canaanites, among whom I dwell, but will go to my country and to my kindred, and take a wife for my son Isaac.’” (Genesis 24:2-4)

I know what you are thinking… “I thought you said Abraham’s goal was for Isaac to follow God, not for him to find someone to marry.”

But that was precisely what Abraham was doing.

In their culture and time, it was a common practice for them to marry within their family to avoid heathen nations.

What does that mean?

Abraham’s people followed God, other nations did not. Other nations worshiped their own things such as idols, animals or other parts of creation such as the sun, moon and stars.

To marry within their family meant Isaac’s wife would also follow God. If he married a foreign girl, she would bring with her all of her background, including her “religious” practices. She would steer him away from worshiping the one true God. And in turn, their future children would also worship what their parents did and so on.

So, you can see why it was vital for Isaac to have a wife of Abraham’s kindred.

Are we putting the same importance and effort into our children following God as Abraham did?

Are we setting the example for what a follower of Christ should look like, and furthermore, is it Scriptural and not just what we think it should be?

Today, let us examine ourselves as we think about our children and their future. Let’s set examples for them through our lives of courage, integrity and devotion to God.

Let’s prove to them that there is no greater joy or purpose in life than to serve Christ.