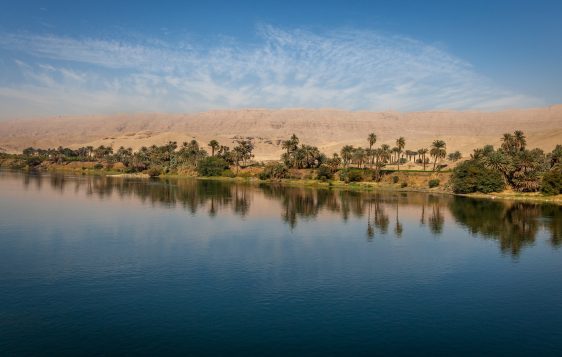 If you hand me a box of Jelly Beans, my eyes will light up. Not only do I love them, but they also hold such a deep meaning and connection for me.

In 2010, the first time I took my nephew to the Nature Center, my future husband had a box of Jelly Beans in his desk. It was a big box with each flavor in its own little compartment displaying a rainbow of color. He popped it open for us to see all the beautiful colors and said with excitement, “Doesn’t that just make you happy?”

That was the first time he asked me out.

In 2012, May 23rd to be exact, that same man used Jelly Beans to propose. There I am digging around in the box looking for a blueberry one, and he hands me a tall cylinder of them to see if there’s one in there. As I start to look, I see a ring right in the middle of them.

So, Jelly Beans, they mean something to me. And just how Jelly Beans are special to me, the Nile River was special for the people of Egypt.

The first plague used to reveal God’s glory and power to Pharoah, the Egyptians and the children of Israel was the Nile turning into blood and all of the other water too.

But don’t take my word for it, let’s read the story together in Exodus chapter seven.

“‘Go to Pharaoh in the morning. When you see him walking out to the water, stand ready to meet him by the bank of the Nile. Take in your hand the staff that turned into a snake. Tell him: Yahweh, the God of the Hebrews, has sent me to tell you: Let My people go, so that they may worship Me in the wilderness, but so far you have not listened. This is what Yahweh says: Here is how you will know that I am Yahweh. Watch. I will strike the water in the Nile with the staff in my hand, and it will turn to blood. The fish in the Nile will die, the river will stink, and the Egyptians will be unable to drink water from it.’ So the Lord said to Moses, ‘Tell Aaron: Take your staff and stretch out your hand over the waters of Egypt—over their rivers, canals, ponds, and all their water reservoirs—and they will become blood. There will be blood throughout the land of Egypt, even in wooden and stone containers.’ Moses and Aaron did just as the Lord had commanded; in the sight of Pharaoh and his officials, he raised the staff and struck the water in the Nile, and all the water in the Nile was turned to blood. The fish in the Nile died, and the river smelled so bad the Egyptians could not drink water from it. There was blood throughout the land of Egypt. But the magicians of Egypt did the same thing by their occult practices. So Pharaoh’s heart hardened, and he would not listen to them, as the Lord had said. Pharaoh turned around, went into his palace, and didn’t even take this to heart. All the Egyptians dug around the Nile for water to drink because they could not drink the water from the river. Seven days passed after the Lord struck the Nile.” (Exodus 7:15-25)

What was the significance of this river?

Remember that these plagues were to demonstrate that God is the one, true God!

The Nile wasn’t just any river. It was the source of life flowing through Egypt. Everything relied on it – trade, merchants, water supply for drinking, cooking, bathing, etc.

Osiris was another name for the god Tammuz. It was worshiped for fertility in the land and vegetation, and the annual overflowing of the Nile pictured the “resurrection” of this god.

So why would God turn it into blood? Why not mud or stone or something else?

The Egyptians worshiped the river itself because they believed it to be the very bloodstream of Osiris.

For seven days, there was no water.

It wasn’t just the water in the Nile River that was affected, it was every drop that had come out of the Nile – it was all bloodied.

A whole week. And what did the Pharaoh do? The Pharaoh, who himself believed he was a god, where was he while his people suffered? He hid in his palace.

The Egyptians knew the significance of the Nile River and it truly meant something to them. As we continue to study the plagues, let’s examine our own hearts for things that hold such symbolism to us that we end up worshiping them above God. Whether it’s a person, money, material items, a plan, or an idea. . . We should let nothing stand in the way of our devotion to the Lord God Almighty!

Our God, the creator of the universe, stepped down from His throne to come to offer Himself as a sacrifice for sin once and for all. It’s the blood of Jesus that redeemed us and He alone is worthy to be praised. (Revelation 5:4-13)

So let’s worship God and God alone today and forevermore.