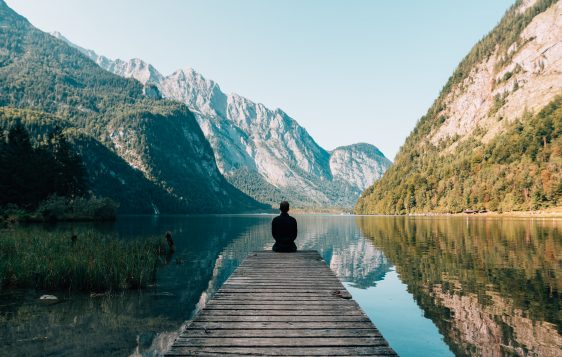 When I was a teenager, I was a punk.

I really thought I was something, but I wasn’t. Anyway, my attitude would be TERRIBLE when I would come home from a friend’s house. My mom would always say, “You are never going back over to ‘so and so’s’ house again if you keep coming home acting like that.” And I’m sure my friend’s parents referred to me as the “so and so” too!

It was evident any time I had been at “so and so’s” house that my attitude would reflect it.

But today, I want to be the opposite. I hope when people are around me, they are joyful when they walk away. Not because of me personally, but I hope I reflect Jesus and He shines through my life.

Someone in the book of Genesis had every right to be miserable and angry and throw a massive pity party for himself and to let his life reflect it. But instead, he scuffed up his boots, made the best of the situation, and was favored by God.

With Joseph, even though he had endured cruelty from his family, it was evident the Lord was with him.

“Now Joseph had been taken to Egypt. An Egyptian named Potiphar, an officer of Pharaoh and the captain of the guards, bought him from the Ishmaelites who had brought him there. The Lord was with Joseph, and he became a successful man, serving in the household of his Egyptian master. When his master saw that the Lord was with him and that the Lord made everything he did successful, Joseph found favor with his master and became his personal attendant. Potiphar also put him in charge of his household and placed all that he owned under his authority.” (Genesis 39:1-4)

How did Potiphar know it was God who blessed Joseph?

How did he recognize it was the Lord that was having an effect on him?

While it’s not clearly stated in this passage, we do know that the Egyptian culture worshipped many gods. They attributed success, wealth and good fortune to different gods that they worshiped. So, it was natural for Potiphar to assume a god was blessing Joseph.

Perhaps he didn’t know it was God Almighty, but because of Joseph’s actions, attitude, discernment, obedience and character, the captain of the guard knew something was different about him.

Let that be us.

Let us reflect Jesus to this lost and broken world.

Let us reveal that Christ is the only way.

All that we do, let’s do for His glory!

“Let your light so shine before men, that they may see your good works, and glorify your Father which is in heaven.” Matthew 5:15