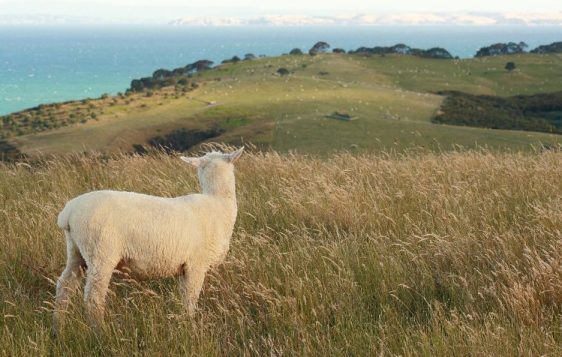 In high school, we were planning fundraisers and one kid said, “We could call all the farmers and tell them we will wash their combines for $100 a piece.”

I thought to myself, man, we could make a lot of money doing that! I said, “How many do you think we could get done in a day, a hundred? Or do you think more?”

Puzzled looks spread across their faces, some of them even looked at me like I was a complete idiot.

Apparently, I had mixed up combine with carburetor. Who knew? Haha!

I grew up in the country, but I know little about farming. If you were to tell me something using references to spills and bins and thrashers and discs, I’d have no clue what you were talking about. So, this type of reference means nothing to me. However, if you gave me an example using something I know, see, or experience every day, I would understand it much better.

That’s exactly what Jesus was doing with the disciples.

“For the Son of man is come to save that which was lost. How think ye? if a man have an hundred sheep, and one of them be gone astray, doth he not leave the ninety and nine, and goeth into the mountains, and seeketh that which is gone astray? And if so be that he find it, verily I say unto you, he rejoiceth more of that sheep, than of the ninety and nine which went not astray. Even so it is not the will of your Father which is in heaven, that one of these little ones should perish.” (Matthew 18:11-14)

If you don’t know much about sheep or being a shepherd, this might not make a whole lot of sense to you. But to the disciples, they knew it’s meaning. To understand this reference, we have to learn a little more about the role of a shepherd and how important they were in those days.
Sheep were their livelihood. They raised them for various reasons – clothing, food, sacrifices, and trading. A shepherd was extremely important. He watched over those sheep day and night. And if one was lost, he wouldn’t rest until he found it. He would go out and search for that sheep to bring it into the fold. He wasn’t worried about the other sheep, because they were already safe. But this one, if left on its own, would face certain death. The dangers were all around – predators just waiting for a nice meal, cliffs with deep drop offs, crevices they could get stuck in, and rivers in which they could drown.

The disciples knew this reference. They had seen it firsthand. It was common to them; it was something they understood.

Jesus used the reference to help them understand how He looks at even one lost soul. He doesn’t just say, “oh forget about them, I have these ninety-nine here with me and they are doing what they are supposed to”. No! He goes and searches for that lost one. He doesn’t rest day or night as He seeks that lost soul. He calls for it. He hears the cries coming from it, begging for saving, and He reaches down and lifts it from death to life. And when that one soul is saved, oh the rejoicing that takes place.

Jesus came to save the lost. And He’s still in the business of doing just that. It’s His main priority!

Oh, how thankful I am that Jesus left the ninety-nine and came searching for me. I heard His call and I cried out for Him to save me. He pulled me from the darkness into His marvelous light! He beckons me to follow Him daily on the path of righteousness. And where He leads, like a sheep, I’ll follow. Trusting in Him.

He loves you. He came to this world to save you. Will you call out to Him today? Trust in Him!