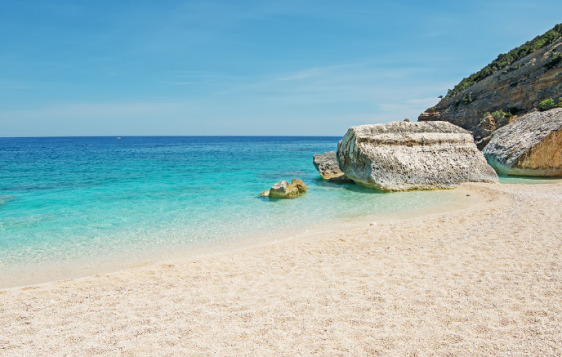 What are you building your life upon?  What is the foundation upon which you are placing everything else that will make up your future?

Jesus told a parable of two builders. There was one that built his house on the rock and another that built his house on the sand. Both built similar houses, and both no doubt had similar intentions of living for years to come in those houses. After all, building a house is a fairly solid expense and undertaking. One would assume they were making future plans that involved their investment.

After the completion of construction on both houses, the weather turned nasty.  Jesus said that the wind and rain came and beat upon both homes. When I think of wind and rain, I think of a terrible storm – one which tests the ability of any structure to stand.

The house built on the rock stood firmly.  No doubt it may have creaked and groaned as the wind beat upon it. I can only imagine that if the man was inside the house he may have been nervous at times, and may have even had moments when he questioned whether his house would stand the test of the storm. But when it was all said and done, it stood.

The house built on the sand collapsed. If the man who built his home was inside during the storm he may very well have lost his life; we don’t know. The fact simply is that the house could not handle the pressure of the wind and rain. Everything he had worked for and built for the future was suddenly a junk heap. His future plans and investment collapsed.

There’s a simple moral to this story, and it bears repeating: What is your life being built upon?

Christ is the Rock, and there’s no wind or rain of any kind that can destroy a house built upon Him. Oh, we may have our moments when doubts arise, and fears may sometimes grip our hearts. That’s not because of the Rock, but rather because of our weak human hearts. But have no fear, the house will stand.

The world’s offerings symbolize the sand.  A life built on the love of a sport, career, hobby, money, material possessions, or anything else apart from Christ will fail you. We need only to ask ourselves the simple question: What am I obsessed with?  The answer will let you know what your life’s foundation is.

Rock or sand? The choice is yours – but the consequences are not.

Copyright © 2021 by Blake Martin @https://pastorblakeman.wordpress.com/2012/02/06/solid-sand/ No part of this article may be reproduced or reprinted without permission in writing from Lifeword.org.