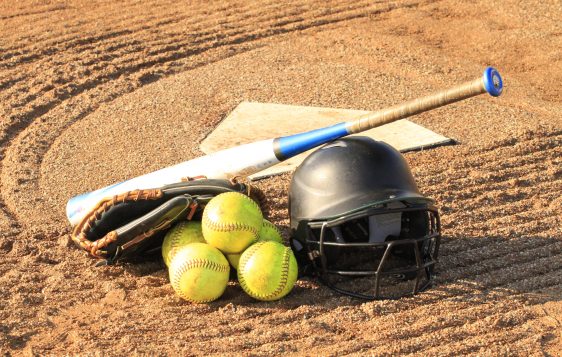 Breathing hard, I posed myself for a quick takeoff. The line drive only got me to first, but it was good enough for the moment.

My body rearing to go, I watched out of the corner of my eye for the sign.

Coach stood at the edge of third base and as she gave signs to the batter, I always looked for the swipe. Down the ark or across the chest, that’s all it took.

I would be gone.

We always planned it out before games. The other motions were nonsense, and I knew to watch for the swipe somewhere in the mix.

Dirt flew under my feet as I sped from first to second. I could see the commotion and knew they realized I was on the move, but could they throw me out?

The ball zoomed from the catcher. I knew it was a long throw for her and I hoped it would go past the second baseman or be just out of her reach.

And I was right.

I rounded the base, barely coming in contact with the edge as I headed to third. Like a train barreling down the tracks, I couldn’t be stopped easily. I watched the hands of my coach. If she held them up, I had to let up and settle for third. But if I saw a circular motion, I would be digging my toes down for home. The sign was clear once again as I saw her hold up her hands. I wanted desperately to make another turn, I wanted to feel the rush of touching home base. My blood was pumping, and I knew my speed could handle it, but in the end, I trusted her.

I could see motion out of the corner of my right eye, so I hit the dirt, sliding to the edge of the bag, just before the third baseman swooped her glove for a tag.

In the Bible, another person asked for a sign and received it. But not from his coach, from God.

Eliezer, Abraham’s servant, is tasked with finding Isaac a wife. Like my dad always says, there’s plenty of fish in the sea. But Abraham didn’t want just any woman for his son.

Isaac’s wife had to be a woman of God, so Eliezer had to journey to Abraham’s kindred.

When he prepares to leave, he worries about whether the girl will actually go with him. He’s a stranger, how will she know to follow him? But Abraham tells him the Lord will be with him, and if she is the one, she will follow. So, Eliezer sets out on his journey.

After traveling for a hot minute, He comes to a well for the town that Abraham had sent him. Now wells were a hot spot for meeting people and seeing old friends. Everyone needed water and the people would usually come twice a day, so Eliezer knew he was sure to see lots of girls who could be wife material. But he wanted to make sure it was THE one who would fit Abraham’s needs.

So, he called out to the Lord for help.

“And he said, ‘O Lord, God of my master Abraham, please grant me success today and show steadfast love to my master Abraham. Behold, I am standing by the spring of water, and the daughters of the men of the city are coming out to draw water. Let the young woman to whom I shall say, ‘Please let down your jar that I may drink,’ and who shall say, ‘Drink, and I will water your camels’—let her be the one whom you have appointed for your servant Isaac. By this I shall know that you have shown steadfast love to my master.” (Genesis 24:12-14)

Eliezer asked God for a sign. He trusted in the Lord to guide him and he was specific in his request.

It wasn’t unusual for a woman to give a man something to drink, but to also give water to all the camels would have been hard work, and he had ten thirsty ones. Since she had probably walked about a mile or so to the well to fetch water, she probably only had one pot, due to the weight she would have to carry on the return trip. So, to fill that pot multiple times in order to give the camels as much as they wanted to drink would have been far more than what was hospitable.

Eliezer was asking for someone who went beyond what was expected.

He didn’t ask God for a beautiful woman, he asked for something far more important – one with a servant’s heart. And God granted that sign and request.

Rebekah, a relative to Abraham, came to draw water, gave him a drink, and then offered to serve water to all the camels until they were no longer thirsty.

When he asked her for her name, he found out she was Abraham’s kin, and he praised God for answering his request.

“The man bowed his head and worshiped the Lord and said, ‘Blessed be the Lord, the God of my master Abraham, who has not forsaken his steadfast love and his faithfulness toward my master. As for me, the Lord has led me in the way to the house of my master’s kinsmen.’” (Genesis 24:26-27)

Do you have something heavy on your heart?

Maybe it’s a new opportunity for a job, or you’re considering buying a new home, or maybe you are even wondering what the right thing to do is in a tough situation. Whatever the case, you’ve probably prayed about it. If not, you should!

But have you been specific?

Have you really poured out your heart before God?

He is great and mighty! He can do anything!

Why limit Him? As long as it is according to His will.

And how do we know His will for us?

We must study His word!

Friends, I invite you to a Bible study. In the comfort of your home, every morning before your kids wake up or before you go to work.

Search things out for yourself.

Write down questions you have as you read.

Look up words you don’t understand.

Find related Scriptures and look those up too.

We are all given 24 hours in a day, we need to use our time wisely.

Only you are responsible for your relationship with Christ. Dive in!

If you were looking for a sign on how to grow closer to Him or what to do, here’s your sign!