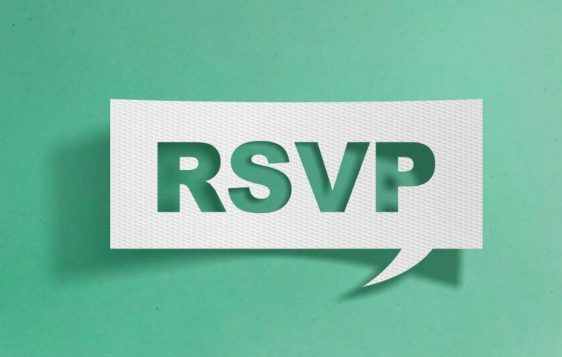 In early February of last year, a mom began planning her son’s 8th birthday party. He was really looking forward to it and wanted to invite all of his friends. He told her all of the names and they sent out tons of invitations. But surprisingly, none were RSVPing. Finally, one came in, but it was marked “no” for attendance.

She was starting to worry, but felt that people really wait until the last minute. As the day approached, she began messaging some of the parents to remind them. Several said they had things come up, some were out of town or had prior engagements, and one even admitted that she forgot but couldn’t come so they would send a present. Several didn’t respond and there were only 2 that said they would try to be there.

The mother was heartbroken. Wanting him to be surrounded by those that loved him, she began calling her closest friends and family to attend.

When the day of the party arrived, the house was packed with her friends and their family members. But not one of the little boy’s friends had come to the party. Realizing this, the boy ran to his mom, wrapped his arms around her waist, buried his head into her and burst into tears.

After a good talk, he realized who had chosen to come. He knew those that really loved him and wanted to be there had come and that’s what mattered most.

Jesus had a similar story to share. One about a wedding feast and the unaccepted invitations.

“And Jesus answered and spake unto them again by parables, and said, The kingdom of heaven is like unto a certain king, which made a marriage for his son, And sent forth his servants to call them that were bidden to the wedding: and they would not come. Again, he sent forth other servants, saying, Tell them which are bidden, Behold, I have prepared my dinner: my oxen and my fatlings are killed, and all things are ready: come unto the marriage. But they made light of it, and went their ways, one to his farm, another to his merchandise: And the remnant took his servants, and entreated them spitefully, and slew them. But when the king heard thereof, he was wroth: and he sent forth his armies, and destroyed those murderers, and burned up their city. Then saith he to his servants, The wedding is ready, but they which were bidden were not worthy. Go ye therefore into the highways, and as many as ye shall find, bid to the marriage. So those servants went out into the highways, and gathered together all as many as they found, both bad and good: and the wedding was furnished with guests. And when the king came in to see the guests, he saw there a man which had not on a wedding garment: And he saith unto him, Friend, how camest thou in hither not having a wedding garment? And he was speechless. Then said the king to the servants, Bind him hand and foot, and take him away, and cast him into outer darkness; there shall be weeping and gnashing of teeth. For many are called, but few are chosen.” (Matthew 22:1-14)

As I read this passage, I try to think, who am I in the parable?

Let’s break it down similar to how we did yesterday.

The King is God.

The wedding is for His son, Jesus.

The servants are those that would share the gospel message of Jesus.

The invited were the Israelites, especially those that were “religious”.

The remnant here are the Pharisees and those that rejected Christ.

Those from the highways- good and bad- are you and me-gentiles, people whether they are sick or well.

The invited rejected the invitation both times it came. And then in verse 5 it says they made light of it, like it was no big deal. “They went their ways”. The Israelites were God’s chosen people. He invited them to the wedding and yet they rejected Him. With all this prepared, He would send out new invitations, this time to the Gentiles. But the Israelites were angry, and sought to kill those that would carry that message, those like John the Baptist. But the invitations still went out. And those that were in the highways, the good and the bad, they were invited. Anybody that wanted to come had an invitation. But would they accept? Who would fill the King’s table?

The invitation has been sent. You have been invited. Perhaps there has been a tug at your heart, a recognition of your sins. But what do you do? Do you accept the invitation or do you decline and go your own way?

This is where many are today.

The last verse says many are called but few are chosen. This means that God calls all people to be saved, but only a few will choose to follow Him.

Have you chosen to follow Christ? Does your life reflect that decision?

Our Heavenly Father has prepared the most wonderful feast for the marriage supper of the lamb. Don’t you want a seat at that table? Oh, how I pray you do!

If you want to know more about how to accept the invitation to follow Christ, message me. I’d be glad to help you RSVP.