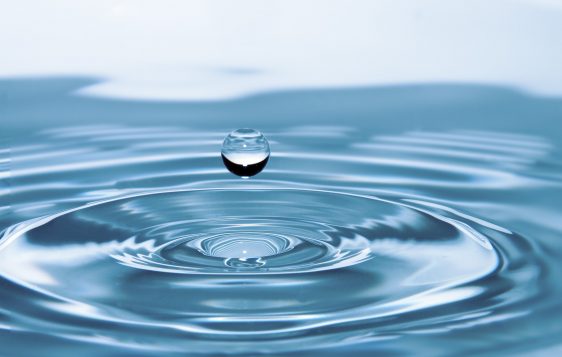 The youth group at my church has been studying what influences us on Wednesday night.

This week, the question arose, “Who is a person you have never met that has influenced you?”

That was a challenging question, and the high school girls I help teach really had to think about that one.

So, then we asked the second question, “Who is someone close to you who has influenced you?”

That was a lot easier for them to answer: “my grandmother,” “my mom,” or “my sibling.” All of the replies were someone in their immediate family who had been around since they were born.

To explain why the second question was easier for them to answer, imagine you are jumping into a lake trying to do your best cannonball.

What happens to the water after you land in the water? It ripples.

Where in the water does it have the biggest ripple or effect? The area closest to the impact – right where you jumped in. So, we can conclude your biggest influence would be those who are closest to you, and as a child, that’s usually your immediate family.

In the book of Genesis, we see Abraham’s ripple-effect on Isaac’s behavior, long after he was dead in the ground.

A famine has struck the land. People are hungry and desperate for help. Isaac wants to provide for his family and servants.

So, he sets out on a journey and seeks help from the Philistines.

God appears and tells Isaac not to go to Egypt. It would have been a tempting place because of the wealth, opportunity and provision in this area known as the fertile crescent due to the Nile River running through its midst.

However, it also is the epicenter of sin. Heathen nations gather together here and all sorts of vile things. Various “religions” were being practiced because of the different nations, and none of them were worshiping the one true God.

God protects Isaac from the exposure to these types of sins and people groups (remember what happened to Lot?) God promises to bless Isaac as he did Abraham.

So, Isaac and Rebekah stay in the land of the Philistines and a familiar scene plays out before our eyes.

“When the men of the place asked about his wife, he said, ‘She is my sister,’ for he was afraid to say ‘my wife,’ thinking, ‘The men of the place will kill me on account of Rebekah, for she is a beautiful woman.’ When Isaac had been there for some time, Abimelech king of the Philistines looked down from the window and was surprised to see Isaac caressing his wife Rebekah.

Abimelech sent for Isaac and said, ‘So she is really your wife! How could you say, ‘She is my sister’?’

Then Abimelech said, ‘What is this you’ve done to us? One of the people could easily have slept with your wife, and you would have brought guilt on us.’

So Abimelech warned all the people, ‘Whoever harms this man or his wife will certainly be put to death.’

Sound familiar? Where do you think Isaac would have thought to say Rebekah is his sister?

“I learned it from watching you dad.” Remember that old commercial?

Your closest ripple is where you have the most influence. Isaac knew of the stories of his father Abraham and he learned from listening and watching him.

Who’s in your closest ripple?

Who do you have the most influence on? Who are the ones you spend the most time with… what do they see from you?

What do they hear from you?

Are you a positive and godly influence on their lives?

Today, examine your life – your words, your actions, your intentions… and commit them to the Lord.

Because who you influence will also have a ripple of their own.