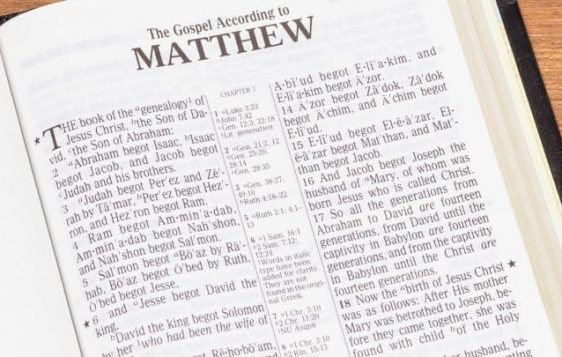 When we look at a family tree, we can see names of people, dates they lived and maybe even pictures. But many times, there aren’t a lot of details about their lives in a genealogy. Instead, there might be a separate account of events that happened during their lifetime or their roles or jobs.

In Genesis 10, I believe we see this very thing with the genealogy of Noah and his three sons.

“These are the family records of Noah’s sons, Shem, Ham, and Japheth. They also had sons after the flood. Japheth’s sons: Gomer, Magog, Madai, Javan, Tubal, Meshech, and Tiras. Gomer’s sons: Ashkenaz, Riphath, and Togarmah. And Javan’s sons: Elishah, Tarshish, Kittim, and Dodanim. From these descendants, the peoples of the coasts and islands spread out into their lands according to their clans in their nations, each with its own language.” (Genesis 10:1-5).

Here is where I had to stop.

I wondered, why does this say they spread out into their lands? Weren’t these all God’s people?

But, it’s not until Abraham that God calls out a nation to be His people, the Jews.

Another item that caught my attention was in verse five where it says, “according to their clans in their nations, each with its own language.”

If we take a step back and look at the genealogy as a whole, as it was intended, we can see that this covers a lot of time. Like a family tree, there are separate accounts of history that takes place in the midst of these lines.

While we may not read it until chapter 11, the Tower of Babel had to have happened in the lines of the pages of chapter 10. In chapter 11, verse one, it states that at that moment in history, “The whole earth had the same language and vocabulary.”

Looking through the genealogy, we see important people who become important places in history: Canaan, Nimrod, Nineveh, Sodom, Gomorrah, Uz and Peleg. While they all are significant, we will see these names and lands again, some for good and some for evil.