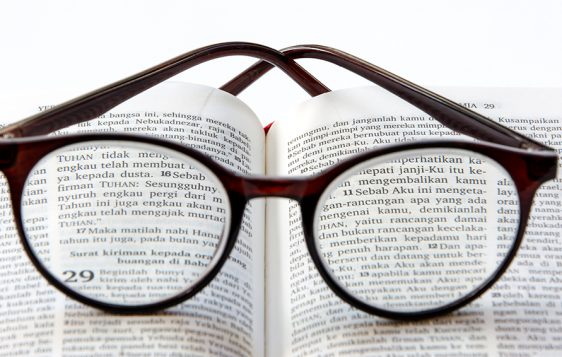 Worldview. Even though I was a lifelong pew sitter, I had never really heard the term. But once I understood what it was, it quickly began to make other things in my life understandable.

Basically it all hinges on two questions:

Did I view the world from a worldly perspective?

Did I view the world from a Christian perspective?

As a child, my worldview was very limited. I grew up in one house with one set of parents with one extended family living in one city with one worldview, which was occasionally broadened when I went on vacations with my parents. As I got older and became a teenager I was encouraged to get out and find a job, make payments on a car . . . all good things that helped me understand life in the real world but not necessarily broadening my fairly limited worldview

Then there was college. Everyone in the dorm where I lived brought their high school yearbooks and their prom pictures, and shared their traditions and their experiences. I even learned the names of little towns, high school mascots, and traditions. Sometimes I visited the hometowns of those new friends and discovered that although some were bigger, some much smaller, my little town, my little family, and my little traditions were just a blip on the radar screen.

There was a whole world out there and it was college, along with the new friends I made, that helped broaden my worldview. But it would be another couple of decades before I heard the term worldview and understood what it really meant, which means that . . .

Keeping those secular glasses on for all those years had allowed me to blend in and still be the pew sitter (church goer) I thought I should be, but honestly they really weren’t the right fit. You see, I was just trying to skate right down the center . . .  not  too worldly, not too “Christian-y”. But it was not working.

It was time to pick a side.

What hurts the worst is that my children were not fooled. They were old enough to realize that our home probably reflected the secular worldview way more often than the Christian worldview.

So I made a small attempt to change that. And I’m afraid I failed. It was simply too late. We were racing headlong towards the world instead of racing toward the rich blessings God wanted for us.

When your worldview is secular fifty percent of the time, your kids will have a secular worldview, which is easier because it looks like everybody else, and it comes at much less of a cost. Kids are not stupid; they know when going to church is just an act, just a habit, just something they do and it does not help them adopt a biblical, Christian worldview.

In her book In His Image, Jen Wilkin explains the Christian worldview this way:

“Christianity asks and answers the existential questions all humans face:

Origin: Where did I come from?

Purpose: Why am I here?

The way the Bible answers these questions frames the Christian worldview, the reality from which we operate:

Origin: We are not a cosmic accident; we were created by God.

Purpose: We exist to bring glory to God and to enjoy him forever.

Problem: Like Adam and Eve, we exchanged the truth of God for a lie and rebelled against our Creator, rendering us spiritually dead.

Solution: God sent his Son to redeem us from death to life.”

Every other religion believes that heaven/salvation is earned by “achieving“ good works, “obeying” rules, “performing” rituals, or otherwise “earning” it.  But because God is so holy, we could never measure up; instead, it is a free gift to those who surrender their lives to him.

This Christian worldview is based on the Bible, which is based upon truth, not moral relativism (do what ever feels right). First John 2:15 says, “Do not love the world or the things in the world. If anyone loves the world, the love of the Father is not in him.”

So Jesus said the secular world is not to be worshiped, loved, followed or praised. Have I done that? Unfortunately, yes, and it has only brought me misery.

However, when my eyes are on Jesus and the cross, the grace he so freely gives me, and my obedience, surrender and faithfulness to God, I am free from the trappings of the world. I am free from having to measure up to the world’s standards.

And best of all, I can claim God’s promises that he will forgive me for the part of my life that I straddled the fence as a pew sitter instead of a true follower.

So put on your Christian worldview glasses and look at the world through them.