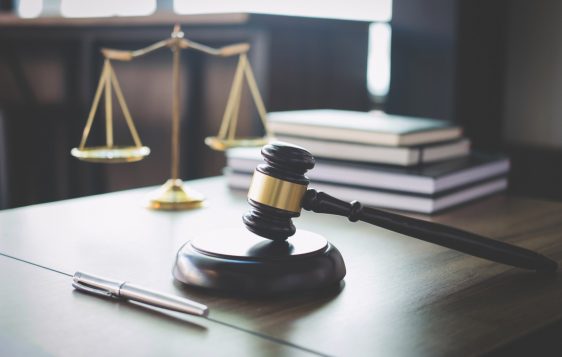 The gavel bangs on the wooden bench as the judge calls for order in the court. The crowd is furious and in an uproar. The defendant, with a smirk across his face, turns to the crowd and gives them a wink which only causes more disturbance in the courtroom.

The judge has lost control. He demands for the bailiff to maintain order, but it’s no use.

This man, found guilty of theft, slavery, kidnapping, torture and murder, is to be released immediately with time served.

The punishment does not fit the crime.

Wouldn’t you demand justice? What kind of judge would allow a murderer to go free, one who kidnapped and tortured people? He would not be a righteous judge.

God heard the cries of the Israelites from the mud pits and shackles of the Egyptians. The Pharaoh had enslaved them for his own benefit and they worked tirelessly with the crack of the whip in the background. They pleaded with God to save them.

God called out Moses to free the Israelites but Moses pleaded with God to send someone instead of him as he gave excuses and was filled with self-doubt. So, God agreed to send Aaron, the brother of Moses, with him.

“The Lord said to Moses, ‘When you return to Egypt, see that you perform before Pharaoh all the wonders I have given you the power to do. But I will harden his heart so that he will not let the people go. Then say to Pharaoh, ‘This is what the Lord says: Israel is my firstborn son, and I told you, ‘Let my son go, so he may worship me.’ But you refused to let him go; so I will kill your firstborn son.’” (Exodus 4:21-23)

This is a hard passage to read. At first glance you wonder, how can a loving God do such a thing?

Why would God harden Pharaoh’s heart?

Why would He threaten to kill his firstborn?

A righteous judge must deliver a punishment that fits the crime.

As we will see in the coming text, as plagues are brought down on the Egyptians, we will discuss their significance and meaning. Each plague represents a false idol or god the Egyptians worshiped instead of God.

Even the Pharaoh demanded to be worshiped as a god.

We know his heart was already hardened to God and this was the Lord allowing this man’s pride to continue to rule his thoughts and decisions. God would use this to demonstrate His glory.

Now let’s talk about verse 23. Moses was to demand Pharaoh to let “my son go”. This referred to Israel. Israel was a people, God’s chosen people, and referred to as His “firstborn”.

Should Pharaoh not let the people go, God would require the death of his firstborn son.

The punishment had to fit the crime. Pharaoh had already committed the crime and judgment was coming.

God is gracious. He is loving, kind, and merciful. But He is also true.

He will judge with wrath.

We cannot pick and choose the attributes of God we want or like. We cannot have some when He is all.

There were many times when I got into trouble and I didn’t quite understand why my parents did the things they did. I didn’t understand all of their rules, or even think they should apply to me. And punishment, ha! That was out of the question.

I never thought I deserved it.

But they knew more than I did. They had reasons for the ways they handled things and for the rules they set in place. And as an adult, I look back and think, man, they should have been harder on me!

We may not understand completely the ways of the Lord, but know this, God is true. He loves you deeply, but He is also the divine authority.

He is our Creator, our Redeemer, and our King.

Will you seek Him today? You won’t regret it.