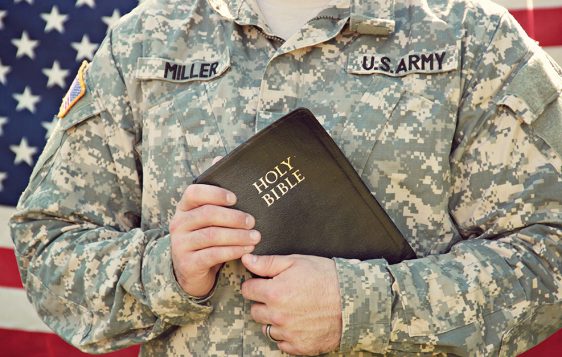 I was born into a military family. Those are my roots, and because of that, I probably don’t see the world quite the same as other people.

Yes, we lived the typical military life: We moved from base to base every couple of years and even got to live in the Philippines when my dad received orders to go to Clark Air Base in 1966. There were challenges, but we were blessed to see most of the United States and some of the world.

Because of all that moving around, as the youngest of four children I was the only one to be in the same high school until graduating because my dad retired following my freshman year! He served for almost 27 years and actually lied about his age at 17 so he could begin his service.

We were so military that both of my brothers served in the Navy and my sister married a career Air Force man. I never served because at fifteen God called me into full time ministry and after high school I headed off to college at Central Baptist College in Arkansas.

Some of my fondest memories and favorite pictures of my dad were when he was in uniform. He entered at the end of WW II and served during the Korean War and Vietnam. He was very proud of his service and is buried (along with Mom) at the National Cemetery in Pensacola, Florida.

One of my greatest memories was the color guard at the cemetery. They represented almost every branch and they snapped his flag so tight and folded it so precisely. It was humorous to us that there was a lady in the color guard at his funeral. He was very old school and didn’t think ladies should be placed in the position of having to go into combat.

(He was a TI (technical instructor) in boot camp for a couple of years and on his deathbed a nurse was asking him about his service. One of her questions was if there were any ladies in boot camp. As he lay there, he replied, “No!” then after a long pause said, “Thank God!” I was worried about what his nurse would think, but she smiled and assured me that she understood old sergeants like my dad!)

There are many things I learned from being a part of a military family that I am very thankful for. We were not afraid of saying the Pledge of Allegiance to the flag and saying “one nation under God” even though we did not really attend church until I was 12.

Looking back on his legacy there are lessons he taught us through the way he served and how he talked about his country. He was passionate about America and sported a bumper sticker on his car that said, “America – Love It or Leave It!”

He was not right about everything and discussed his failures many times, but when we disagreed on politics, policies, or people he would smile and say, “I may not always be right but I’m never wrong!” While he was far from perfect (none of us are) he was right in a lot of areas that shaped me and gave me a strong foundation on what liberty and freedom require.

He was a strong disciplinarian and gave his life to Christ at the age of 43. It was wonderful to watch the transformation that took place in his life as a follower, a disciple, of Jesus Christ.

Yes, I look at the world differently because my dad served his country, so here a few things my Dad taught me about Liberty and Freedom:

This quote by Darrin Patrick sums up a lot about my Dad and the truth about Freedom and Liberty:

Copyright © 2020 by Larry Barker @ http://larryjbarker.com/?p=579. Used with permission. No part of this article may be reproduced or reprinted without permission in writing from Lifeword.org.