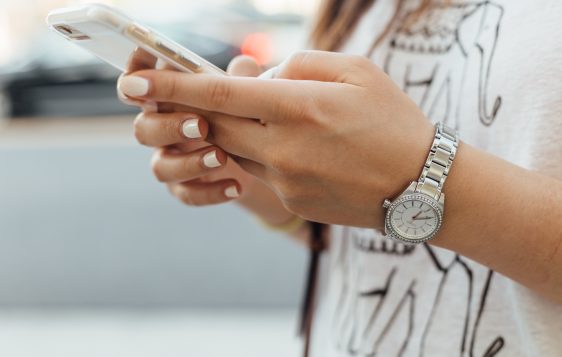 Pornography addiction is most assuredly an androgynous affair, but for men in particular, the stimulus from pornography activates parts of the brain that release chemicals that are responsible for primary drives for food, water, and sex.

Pornography re-wires brain functionality like a drug addiction. It’s powerful, and gripping, and the latest statistics are a reflection of its sovereignty over our culture.

If all of the content uploaded to this site were played continuously, then it would take over 68 years to finish playing.

We live in the first culture in the human race that has created a horrifying percentage of our nation’s economy (billions of dollars) focused on luring men and women into degrading themselves and their own humanity. Millions of human beings are involved in the production of this layer of our economy.We are shoveling money to the dehumanization of our God-given, image-bearing bodies, and we can’t get enough.

The elevation of pornography in our hyper-sexualized culture is unequalled in the history of the human race. What is most mind numbing is that this advancement has been so gradual that we now accept it as normal.

The prominence and power of pornography seems limitless with the dawn of smart phones. At this point everyone has access, and it seems everyone is watching. This new addiction is binding men and women by the thousands and it only seems to be spinning out of control as technology advances.

For our brothers and sisters in Christ, pornography is a lethal weapon that keeps many barred from a healthy and thriving relationship with God. But there is hope. I know men who are battling this addiction and winning.

One man’s story in particular is very encouraging and deeply insightful. The contents below are from an interview with a close friend:

Me:How has pornography damaged your life?

Anonymous:It makes living a Christina life very burdensome. I wasn’t living in freedom because I was carrying around the weight of my sin everywhere I went. I was doubting the words of Jesus when he said that his “yoke is easy and his burden is light.” But it was only hard because I was making it hard, because I was choosing not to surrender this part of my life over to Christ.

There’s so much shame around this issue that I didn’t feel like I could surrender because surrender means confession. It doesn’t mean control; it means defeat. It means this part of my life is bigger and stronger than me, and I didn’t want to admit that. But it was robbing me of my freedom in Christ. The best thing I could hope for was some dutiful obedience to Christ, which just gets old. And this is what it’s stealing from the church: life, joy.

It’s such a self-focused addiction. And to be like Christ you have to be selfless. Pornography is doing something just for myself, and this was hurting my family so how can I say that I’m being like Christ? I couldn’t.

It was robbing me of my boldness. I knew that what I was doing was wrong so I carried shame and hypocrisy with me everywhere I went. Any time I was asked to step up and lead there was a voice telling me that I shouldn’t because of who I was. I felt that I couldn’t help anyone because I felt like a hypocrite.

Me: When did you decide to finally get help?

Anonymous:When I knew I was sick. We tend to say that we’re not as bad as others and we neglect our own sickness and sinfulness. It’s like when you go to the hospital as a patient you feel uncomfortable. They undress you, poke you, prod you. You don’t like it, but by the end of the week you’re used to it.

There are so many of us that need a doctor but we’re too proud to let the doctor do the work he needs to do to heal us. We want our privacy in tact, and we want to hold on to whatever ideas we have about ourselves, and we don’t want others to know our faults or that we’re not like Christ. We want others to tell us that we arelike Christ.

Until we realize we’re sick and that we’re not righteous we’re always going to be Pharisees, but Jesus didn’t come to the Pharisee’s house, he went to the sinner’s house. So, if you want to become like Christ you have to become sick and vulnerable, and invite other people in. It takes  being honest, and letting your hospital gown flap open and let them do what they need to do, and let go of all that pride.

Me: How has your life changed since you’ve been in recovery?

Anonymous: Freedom. Freedom from anxiety. I didn’t realize I had a problem with anxiety until the recovery process. When you’re a habitual liar you have to protect all of the walls you built and keep watch to make sure that no one has broken any barriers down. I told so many lies to my wife and to myself that I had to hide these barriers and I put up and I had no idea how it was affecting me.

But now I have no secrets. I have people in my life that know my worst thoughts. I’ve been able to peel it back to that level. I have someone I can go to and say, “I’ve had this thought and I need help.”

I’m a lot lighter. I don’t carry my sin around and I have people in my life who love me and give me a safe space to carry those burdens with. I believe I’m living Matthew 11:28-30, that Jesus’s yoke is easy and his burden islight- that’s my life, and I live from a place of rest and I work every day but it’s not hard, it’s not a burden.

We can obviously see a transformation of personhood by getting rid of this sin. The sin of pornography really damages the most important relationships that we have, with God and with our spouse. And if we’re single, it sets us up for failure in future marital relationships.

My friend and I share the same story in terms of struggle and in freedom, and I can personally say that as binding as pornography was on me, it’s deeply liberating and fantastically exciting to live a life free of shame, fear, and debilitating hypocrisy.

Habitual sin is an enslavement. If we want freedom we have to start with a deep sense of humility, a reality-check of our sickness, and an unrelenting resolve to rid ourselves of anything that is in the way of truly following Jesus.