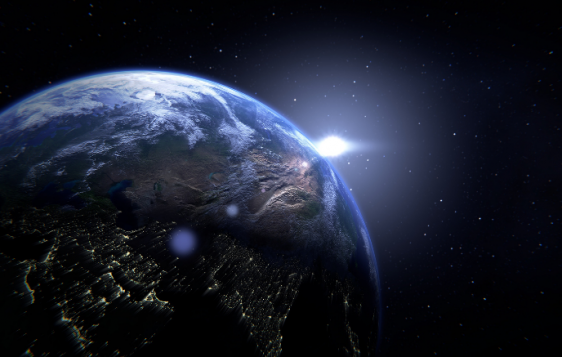 For generations there has been much debate on the origins of our world . . . including the origin of mankind. The debate, which is sometimes an intense, seems to focus point on the existence of a Creator or the lack thereof. The troubling point for those arguing against His existence is ultimately about origins; that is, everything had to begin somewhere.

Personally, it’s easier for me to accept that a Creator has always existed rather than some form of matter. Apart from God Himself, everything has an origin. Harmful things have an origin. Scripture tells us of a being that exists to make war against God’s people and their cause. This being is first seen when he was cast out of heaven due to his pride and desire to ascend to God’s throne. We see him again in the Garden of Eden doing his best to sidetrack God’s own creation from fellowship with Him. He succeeded, and the fellowship was broken.

But redemption of that fellowship came shortly thereafter, and that had its origins in the heart of God.

Whether you want to admit it or not, mankind didn’t begin in a pool of primordial sludge. We didn’t get our start as something that once had a tail or fins. As a matter of fact, mankind never even walked on all fours. We don’t find our origins in any of that, but rather in the very heart of God.

You see, God knew before He ever made us that we would turn our backs on Him. He knew that Adam and Eve would fall to temptation, and He knew that I would, too. He knew that the sin holding us captive would require His only Son to go to the cross and shed His blood to forgive and cleanse that sin from our hearts. He knew all that in advance, but He made us anyway. We originated in His heart.

The heart is still recognized today as the seat of our emotions. We talk about “loving someone with all our heart,” and we don’t literally mean the muscle that pumps our blood. We say we’re “giving our heart” to that special someone, and we don’t actually mean we’re allowing a doctor to take our physical heart and place it in their chest. We are referencing love and affection – decisions to commit ourselves to someone with all that we are.

God made such a choice at creation, ages before the cross ever happened.

I’m convinced that all good things – the best things – have their origins in the heart. Marriages, children, friendships, even careers and dreams – they all begin in the heart of God before ever making their way into the heart of man. His will for us is perfect and second to none, and it comes from Him first.

That’s why Jesus could pray in the Garden of Gethsemane, even through those sweat drops of blood, “Father, not my will but thy will be done.” Jesus knew the Father’s will came from His heart, and ultimately, it was best.

Where did your dreams and hopes come from? Where did you get your aspirations of things to come? If they came from anywhere but His heart, maybe you should re-check the origins of your future.

God loves you, and wants His best for you. That’s why it makes so much sense to trust Him with your everything! Accept the very best life for yourself and surrender your life to Jesus today.

Copyright © 2021 by Blake Martin @https://pastorblakeman.wordpress.com/2011/09/20/origins/ No part of this article may be reproduced or reprinted without permission in writing from Lifeword.org.