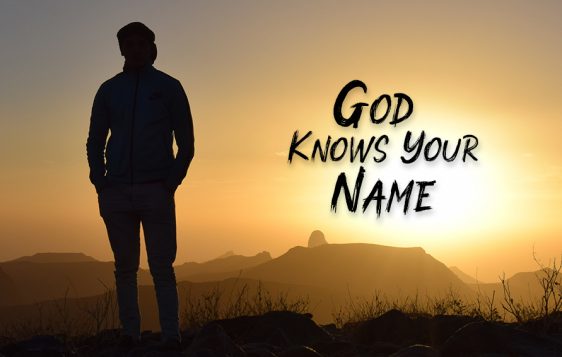 After circling this issue for months, we found ourselves at a crossroads, and the decision fell to a family vote.

We gathered around the table and posed the question weighing on all of our minds, “What should we name this baby boy?”

Deep into my pregnancy with our fifth child, we struggled to find a name. Luke and I narrowed the options down to three names but still needed help picking the name. That’s when we called on the voices of the older siblings. One by one, they raised their hands to establish where they stood on the matter.

After everyone had their say, we ended up with a unanimous vote for the name Isaiah — well, almost unanimous. One brother voted for Jesus on a write-in ballot — but we went with the majority.

I love remembering the stories of how we named each of our kids. I still love saying their names. It’s so much more than a word to me. It declares who they are and how much I love them. It’s a connection between their hearts and mine.

John chapter 20 records a moment in history when one woman heard her name.

Oh, I’m sure she’d heard her name leave the lips of many people in her lifetime. But in the darkness of this morning, many centuries ago, I expect it sounded different than she’d ever heard it before.

This special morning, some women approached an empty tomb. The rolled-back stone surprised them. They mourned, afraid someone had taken their Lord to a place they didn’t know. “But Mary stood weeping outside the tomb, and as she wept she stooped to look into the tomb” (John 20:11, ESV).

As the story unfolds, the tomb Mary once thought empty becomes suddenly consumed with the brilliance of two angels. She explained to them her sorrow then turned to meet Jesus face to face, yet she did not even know it.

“Jesus said to her, ‘Woman, why are you weeping? Whom are you seeking?’ Supposing him to be the gardener, she said to him, ‘Sir, if you have carried him away, tell me where you have laid him, and I will take him away’” (John 20:15, ESV).

I imagine her hysterical. Shoulders sobbing. Eyes clouded with sorrow. Words pouring from her broken heart. Pleading, begging, anything to find her Lord.

In a moment so raw, Jesus could have done anything. He could have opened up the heavens and called on a chorus of angels or announced His triumphant victory over death in a booming voice. He could have made the earth beneath her feet shake.

But in the very first revelation of himself — following the greatest victory in the history of the world — Jesus chose to speak to one woman, personally: “Jesus said to her, ‘Mary.’ She turned and said to him in Aramaic, ‘Rabboni!’ (which means Teacher)” (John 20:16).

Sometimes, it’s easy to wonder what Easter has to do with our everyday reality. It can feel so big. Like God-so-loved-the-whole-world kind of big. And God does love the whole world! So much that he sent Jesus to be our salvation.

But today I pray you hear Jesus calling your name. I pray you see Jesus looking into your eyes. And that you can recognize his voice, in the midst of a noisy world, just like this personal, intimate moment shared between the God of the universe and his daughter. Sometimes God loves the whole world by loving one life at a time.

Maybe you’re like my daughter who, in the midst of all of the baby naming, questioned whether she’d still have the same name when she grew up. She worried she might not always be my child and wondered if the curve balls of life might strip her of the title of Annah, the daughter I named. The daughter I love so deeply.

Copyright © 2021 by Katy McCown @https://katymccown.com/blog/. No part of this article may be reproduced or reprinted without permission in writing from Lifeword.org.