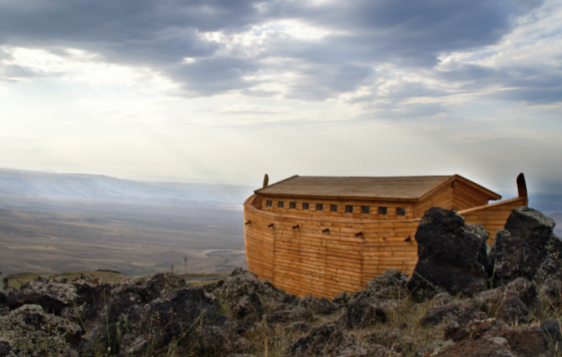 How often do you read Scripture while subconsciously thinking it’s just a book of stories?

Sure, we proclaim for all to hear that we believe “the Bible is the inspired Word of God,” as well we should. Yet when we read it, so many times we don’t allow the events recorded within to awe us! We’ve become so familiar with the episodes and stories written in Scripture that we almost read out of habit.

Years of Sunday school flannel board stories have seemingly dulled our senses to the miraculous deeds of God through the ages.

Just think for a moment about the story of Noah. Noah was a family man who had been faithful to demonstrate faithfulness to God before the watchful eyes of his wife and children. It is evident that he practiced regular obedience to the voice of God in his life, because when God spoke to him about a gigantic boat he was to build for a worldwide flood, he listened and obeyed.

I think it’s safe to say that if a track record of obedience hadn’t been established by that point, the Ark project would have been a little too big a pill to swallow.

It had never rained on the earth that Noah stewarded. Instead, dew simply rose from the ground and watered the vegetation. Bible scholars believe that a moisture sphere circled the earth, thus explaining the longer lifespan of people at this time.

So follow me here: God spoke to a man who had never experienced rain with the instructions to build a gigantic boat to hold all his family and animals from all over the globe because rain was coming that would cause a flood that would cover the face of the earth. That’s both a mouthfull and a tall order, friend!

Yet the truly remarkable thing about this man named Noah is that he only had to be told once before he obeyed!

Fast forward to my lifetime. When I began hearing God’s voice leading me into the ministry at age fourteen, I got a lot of advice. Time and time again I remember hearing well wishing people – many of whom were preachers themselves – tell me to “just wait a while and then you’ll know if it’s real.” I heard testimony after testimony of men who said they waited months or even years before submitting their lives to God’s calling to preach. The waiting, I was told, would give God time to make His voice clear to me.

For over 120 years we can see Noah’s faithfulness in building the Ark. He endured mocking and belittling from his neighbors and friends, yet he continued to build. For more than what we would consider a lifetime, Noah labored alongside his family to obey the calling of God for his life. The result: Civilization survived the “fresh start” of the flood.

Is God telling you something? Is it bigger than you think you can handle? Will it be hard, and maybe even seem impossible? Take a glance at Noah making a worship sacrifice after the flood waters have receded and let God remind you of three simple yet profound words: God is faithful.

Now trust Him – you’ll not be sorry.

Copyright © 2021 by Blake Martin @https://pastorblakeman.wordpress.com/2011/10/18/get-real-2/ No part of this article may be reproduced or reprinted without permission in writing from Lifeword.org.