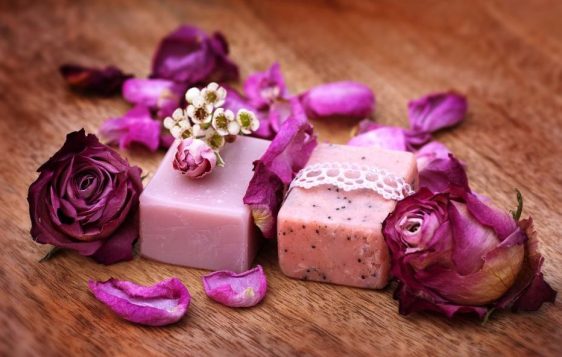 Whose mom and grandma had those tiny little soaps in the bathroom that you couldn’t use?

Three little soaps, one blue, one green, one pink. One was shaped like a duck, another was a seashell, and the other a heart. They were placed in a little nest of fake grass inside a little wicker basket in the bathroom.

“Don’t use these, these are just for pretty.”

I don’t know how many times I heard that as a kid, both at our house and my grandma’s. But in my head, they were soap, and they were supposed to be used. It seemed the most absurd thing not to use them. But, nonetheless, they were only for show.

Jesus pointed out the mistake of the scribes and the Pharisees, as they too had become only about show.

“Then spake Jesus to the multitude, and to his disciples, Saying, The scribes and the Pharisees sit in Moses’ seat: All therefore whatsoever they bid you observe, that observe and do; but do not ye after their works: for they say, and do not. For they bind heavy burdens and grievous to be borne, and lay them on men’s shoulders; but they themselves will not move them with one of their fingers. But all their works they do for to be seen of men: they make broad their phylacteries, and enlarge the borders of their garments, And love the uppermost rooms at feasts, and the chief seats in the synagogues, And greetings in the markets, and to be called of men, Rabbi, Rabbi.” (Matthew 23:1-7)

When we study scripture, we read first, then we try to figure out what’s happening in the text. Sometimes we come across words and we think, what on earth is that?!

Let’s define some of these things. Phylacteries were little leather boxes that were attached to the head and the arm that contained certain scriptures that would be a reminder of the law to them. Borders of garments were tassels that hung around the waist, also as reminders of scripture.

While at first, they seemed like a good idea to help remind them, these two things had become part of the “show” for these religious men.

Jesus was pointing out how these religious leaders were good at telling you what the law was, even adding more works to the law, but then not following it themselves. They wanted people to know who they were as they entered the market. They sought out the chief seats in the synagogue and the uppermost rooms at feasts. This meant they wanted to be seated in places of honor. And why were they to be honored? Why, for their show of their commitment to the law.

But that’s all it was. It was all just “for pretty”. They looked good on the outside, but weren’t allowing the Lord to use them. And now, these men were being rebuked by Jesus himself for their actions and attitudes.

So what does it truly mean when we call ourselves a Christian? Many look at it as a title that came with a simple action and an eternal resting place of peace. Nothing more. There is no actual commitment, no desire to be like Christ, no study of His word, because if they did, they would realize they weren’t a Christian at all. They would see the truth. Just as Jesus revealed it to the people about the Pharisees and scribes.

What will He say about you?

Are you willing to allow Christ to use you for His will, to further His kingdom? Isn’t He worthy?

Or, will you continue to just be for show?

Choose today! He loves you! He has a desire to walk with you, to mold you into His beautiful vessel to pour out His love and message to the ends of the earth! Will you submit to Him? Today is the day!