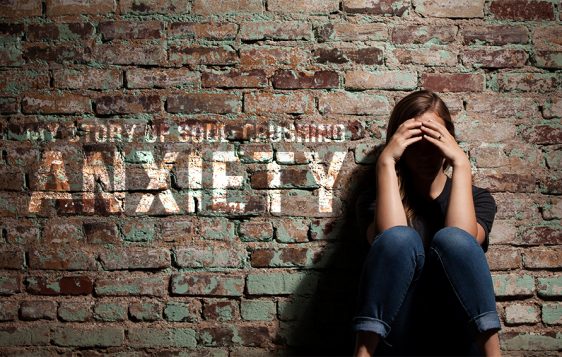 Throughout any individual’s lifetime, anxiety often presents itself as an obstacle with which one must contend. When asked to write my story truthfully, the first emotion I experienced was anxiety.

Initially the emotion manifested as thought that I had nothing interesting to write about and the perception that whatever I wrote would be overlooked drivel, and perhaps that is exactly the conclusion those who read this will come to.

At a glance the story so far is that I grew up as the son of a Southern Baptist pastor and thus came to know Jesus as my personal Lord and Savior at an early age. While we moved from time to time wherever God called my father, my existence never really strayed outside of the Bible Belt.

I struggled a bit academically in high school but was thankfully able to get into in a small college with a faith-based teaching environment. Now as I approach the end of my higher education, I am faced with all the joys of finding out just what to do next and possibly for the rest of my life.

In essence, it seemed like the story of a background character in a Sherwood Pictures film, and I would be lying if I said were to say that I did not feel a bit vain writing about my own life at length in any case.

However, I began to toss the topic of my life about in my head and soon it began to unravel. Memories began to slowly creep into the mind that I would rather forget about my story. They were the disturbing traumas that families suffer through and try to lock away, and the memories and burden of being entangled in soul-crushing sin that remind you why God removes it from you as far as the east is from the west.

It was not long after that a new anxiety began to overtake me. I did not want to tell my story for fear of what people might think of me, for fear that the degree of my inadequacies could only bring about ill for me if I were to pen them for a wider audience than just my private thoughts.

It was then, with the breadth of my life fresh in my mind, that I began to realize just how much of my story is defined by anxiety.

This impulse of the mind has caused me to fail assignments. My anxiety has even driven me to fail a class. It has driven me into a depression where I sought therapy, and it has exacerbated physical and neurological maladies through the self-imposed stress of my anxieties.

I have allowed my anxiety to drag me into places that I will not write about here, but my most egregious error is that I allowed it to interfere with my relationship with God.

But it was not the anxiety itself that was the problem, it was my reaction to it. Somewhere along the line, I had lost sight of the fact that there is not a problem I could encounter that I can not depend on God to bring me through. I just needed to trust that he would; I needed to follow the example of Christ.

Even Jesus, troubled by the tribulation awaiting him, prayed to God at Gethsemane in the hour before his arrest that would lead to the crucifixion (Mark 14:32-42). He leaned on the plan that God had set before him, even as that very human sense of anxiety began to set in that Jesus had chosen to expose himself to by coming to earth as a man.

Compared to that dread of what Jesus would endure for our sakes, my anxiety seems like such a small thing for God to handle and carry me through. So I set about thinking of where my story should begin, and I could not think of a better place than when my second life in Christ began.

It was a night 17 years ago, the first memory I have of struggling with anxiety. This time, it was born of the realization of just what an eternity apart from Christ meant. At that age the thought would have been easy to simply run away from and forget about it, but letting my anxiety about the topic paralyze was not an option I could afford to take, and to this day I still remember being clutched tightly by my parents in my room as I gave my life to Christ.

It was a decision that would inspire anxiety in any rational person that understands that weight of it, but it was an anxiety that God carried me through. I pray that I can have faith like that child that made the best decision of his life that day.