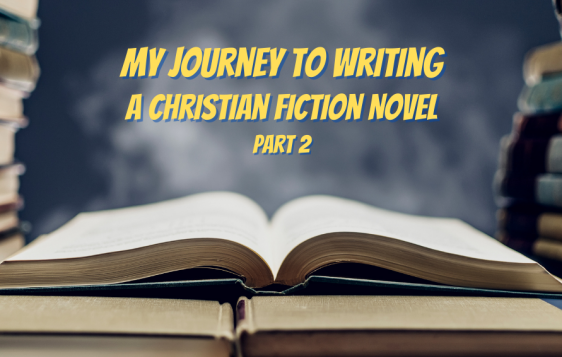 College is without a doubt one of the busiest but also most rewarding seasons of life. It can be full of exhaustion, hard work, and heartbreak, but also excitement, accomplishment, and friendships. It can be extremely difficult to balance everything going on. Classes, homework, extracurricular activities, work, friendships, relationships . . . it is enough to stress out even the most easy going person.

In my last article, I talked about how I was in the middle of writing a manuscript for a Christian superhero novel, which I had tentatively titled “The Crusade.” I mentioned that about 50 pages in, I put it aside because my energy and excitement fizzled out and something felt off about the story.

Well, college was a big part of that. Going into the 2016 school year, I was about the busiest I had ever been. Not only was I taking my regular course load, I also became the editor of the Central Baptist College student newspaper, the Tower, worked two to three nights a week at David’s Burgers, and had more friends than in my previous two years of college combined. This was a packed year, to say the least.

And unfortunately, it was the same year I had been working on The Crusade. I started to write it in the summer of 2016, and just a couple months later, I was in the thick of it. So not only was I struggling with where to go with the story, my days were also packed to the brim with everything going on in college life. I hope it would be easy for anyone to see why that book took a back seat for a while.

When I graduated in 2018, I started doing contract work for Lifeword. I quit my job at David’s Burgers, and without classes, homework, or a night job to occupy my attention, I had something that was a precious commodity during my college years: time.

In the fall of 2018, I picked up watching Season 7 of my favorite show, Arrow. It was the first season that my girlfriend at the time (now wife) Jessica and I got to watch live together. This reignited my spark for a Christian superhero novel, and for the first time in over two years, I reopened the document for The Crusade. But something still didn’t feel right. I changed certain character details and names, moved the location of the story setting, and revised some of my ideas about where the plot was going. I couldn’t get behind “The Crusade” as a final title, so after juggling several possibilities, I finally settled on titling the manuscript “Vigilante’s Light.”

In two months, I had a complete first draft. I spent the next several months in editing and revision. Finally, I started pitching the story to publishers and agents. From some, I received rejection emails, while from others I never heard back at all. I prayed about what God wanted for my book and kept moving forward. In the summer of 2019, Vigilante’s Light finally found a home.

There was a Twitter event called #FaithPitch going on for Christian authors. Anyone interested in entering could Tweet a brief synopsis of their book along with the hashtag #FaithPitch and other hashtags to describe the type of story (science fiction, fantasy, romance, and so on). If a publisher found the story idea interesting, they would like the Tweet, and then the author could contact them.

I received exactly one like on my Tweet about Vigilante’s Light. The like was from an acquisitions editor from Ambassador International. I sent a message, received a request for a full manuscript, and the rest is history. I signed a contract with Ambassador International, and on February 23, 2021, Vigilante’s Light became available for the world to read. Two days later, I got to hold a physical copy of my own book. It was beyond surreal. Needless to say, those are in the pantheon of best days of my life.

As we use whatever talent God has given us, patience and perseverance are key, because our timing is not God’s timing. It took a two-year break to get back to writing my manuscript and months after that to find a publisher. My story does not apply to everyone; some authors have to wait years or decades before they are published. I know God blessed me immensely in getting my book published so early in my life.

But whether it takes months, years, or decades, God will ensure the talent he has given you will be put to use. Maybe it seems hopeless right now, but don’t give up. God doesn’t give us something he doesn’t want us to use for his glory. Whatever talent you have, give it over to him. When he is ready, he will do great things with it. He certainly has for me, and I know he will for you, too.

Vigilante’s Light is out now on Amazon. A sequel is on the way. That’s my story. Yours may be different, but don’t give up. Everyone has their time. Keep serving God in the waiting, and look forward to the blessings that he will no doubt bestow if you are willing to obediently trust and follow him with your talents.