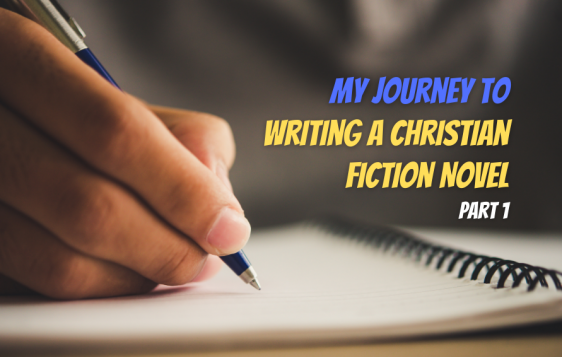 When I was a kid, there was a show called Bibleman. It was about this superhero, who was in many ways a spoof of Batman, but everything about his character was Christian-based. Miles Peterson was a wealthy, famous man who became burnt out by his lifestyle and turned to Christianity. After becoming a Christian, he decided to fight evil in the name of God as Bibleman. All his gadgets and his armor were based around Scripture, and he carried a lightsaber-like sword that he called the Sword of the Spirit. He had a computer in his lair named U.N.I.C.E.

As the show progressed, Bibleman gained a young sidekick named Cypher and eventually another named Biblegirl. Most of Bibleman’s villains represent specific sins or issues kids faced: Dr. Decepto (lying), Madam Glitz (self-centeredness or pride), the Cheater, the Slacker, the Sultan of Selfishness, and more. Bibleman defeated these enemies with the Word of God and the occasional corny action scene.

As you can tell, even if you’ve never seen Bibleman, it was pretty cheesy. I only saw a few episodes myself, but from clips I have seen from other episodes it’s pretty obvious that the show was definitely aimed at a young audience and had a very specific message it wanted to convey. There’s nothing wrong with that. As a kid, I found Bibleman fun and entertaining. He is a solid character to teach basic Bible truths to kids who enjoy superheroes.

But these days, superheroes aren’t just for kids. The Marvel movies in particular have drawn such a worldwide fanbase that most people can tell you the name of at least half a dozen superheroes. Iron Man, Captain America, Thor . . . the list goes on. Children and adults alike love these characters, and not all of those fans could be classified as nerds. Simply put, superheroes have become mainstream.

So while Bibleman can fill the niche of a Christian superhero for kids, his stories would be lacking for adult fans looking for a superhero story that contained Christian themes.

When I was a kid, I always wanted to be a writer. I came to that conclusion when I was nine years old, and it never changed. I knew I wanted to write books. As I got older, I took a few classes and went to a conference focused on writing Christian fiction. In the summer of 2016, while watching my favorite TV show, a superhero drama called Arrow, an idea came to me that I couldn’t shake:

Why couldn’t Christians have a superhero story that was serious, could be occasionally dark and gritty, but still upheld biblical themes and Christian characters at its core? And then I decided that Christians could have that—and I could be the one to write it.

I started a manuscript that summer simply titled “The Crusade.” I took elements from some shows and movies I enjoyed, as well as from some of the typical Christian movies. Although I was passionate about the idea, something just felt off, and I couldn’t get into the story. I only wrote about 50 pages before my energy fizzled out and I set the document aside. That would not be the end of the story, though, but it would take several years before I got back to it, and that’s a story I’ll tell another time.

Maybe you have an idea. It could be for a book, or a movie, or a TV series. Maybe it’s just for a short film you want to put on for your church Christmas program. That’s how Dallas Jenkins got his start in filmmaking, and now he’s directing The Chosen, a show about the life of Jesus Christ and his disciples that is rapidly gaining popularity in Christian circles.

If you have an idea, pursue it. I believe that God puts those ideas in our hearts for a reason. Although my idea for a Christian superhero book did not come to fruition in 2016, it eventually blossomed into something new (and stick around for that, because I’m excited to share more). Maybe you feel inadequate or underprepared. Don’t worry. All creators feel that way at some point. It’s called “impostor syndrome.” But if you want to create something awesome, you have to push past that feeling and just create.

Creative talent comes from God. He will use it in great ways. All we have to do is surrender that talent to him and let him guide the paintbrush to create our art. He’s the greatest artist in the universe. I guarantee he will make something wonderful.