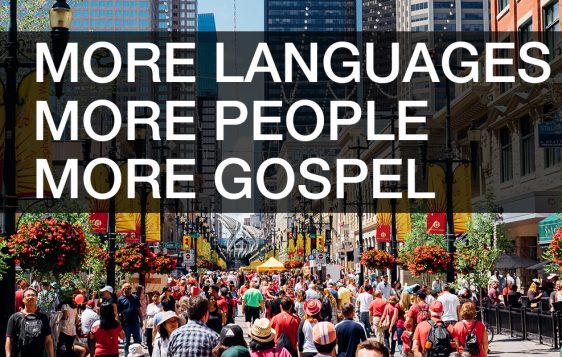 At the beginning of 2018 our language count was around forty. I say “around” because we couldn’t always get a handle on the exact number. Those days are over . . .

In September of that year the Lifeword Cloud went live. All  broadcasts and other content had to be loaded to the cloud at lifeword.org, exponentially increasing our gospel reach.

We are thankful for those who have worked hard to learn the new way of doing things. Responses have been overwhelmingly positive from men and women around the world who realize they are part of something very special.

The result: making Jesus’ name more famous around the world.

As of August 1st, Lifeword is introducing people to the gospel of Jesus Christ in more languages. Through the Lifeword Network (global partners and team members) and the Lifeword Cloud (lifeword.org) the gospel is now being shared in 60 languages, to 123 countries and to an audience of more than 2 billion.

Of those 60 languages, 44 are via the  “Who Is Jesus To You?” (WIJTY) initiative, and 41 are already at lifeword.org. Twenty of those languages Lifeword has never had broadcasts in.

The combined 60 languages include the following formats:

– audio/video/text devotionals, stories, teaching, and preaching in over one hundred formats

In addition, we have begun translating Day by Day with Clif Johnson and The Lori Cline Show into Spanish in an effort to provide alternate language subtitles in both shows.

We invite you to go to lifeword.org and familiarize yourself with its content and languages. Be sure to select a language from the drop down box on the upper right corner and listen to a language you’ve never heard of.

Then pray that someone in that people group will find the good news of Jesus and why he came to earth.