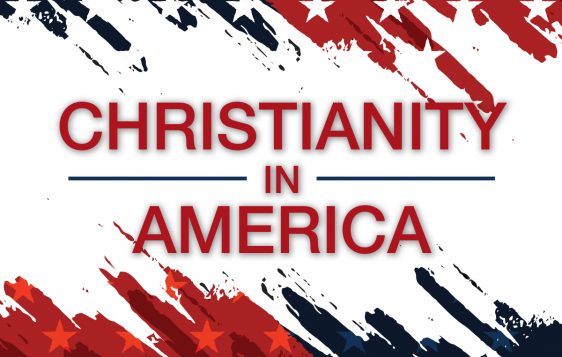 The not-so-popular news magazine, Newsweek, has started 2015 with cover article entitled “The Bible: So Misunderstood It’s a Sin.” It is such a hit-piece on mainstream Christianity that it’s shameful. It can only be interpreted as a ploy to get some traction to try and gain much needed ground as the print edition flounders less than a year after being re-launched.

What I would like to do is shed some light on what Christianity is really like in America. If you were to land here and only listen to the media, you’d think that Christianity was a small, pathetic sliver of the national population.

According to Pew Research (2018 update) here’s the truth:

70% of all Americans openly profess Christianity.

68% of all Americans believe that Jesus is God or the Son of God.

Yep, that’s right – an overwhelming majority of Americans are Christians and believe that God works in human history in supernatural ways. But you wouldn’t think that if you only saw America through the eyes of the media.

They are waging a war against Christianity and using deception to convince Christians that they are a small minority that needs to get with the program.

Don’t be deceived by what you hear about the demise of American Christianity. While it’s true that traditional Protestant denominations are declining, non-denominational churches are surging. Yes, throughout history Christianity has had its ups and downs, but take heart, the sky isn’t falling.

We’re shifting without the clutch here, but take the NFL for example:

We tend to only hear about the terrible stories that come out of the NFL (and our world), but there are lots of players who love Jesus and are serious about their faith.

One story you probably didn’t hear about during Superbowl XLIX is that several players from both teams heavily rely on the Bible app to stay connected to God, grown in their faith, and even disciple young students in their small group.

Clearly, they believe that the Bible is more than just a book.

The NFL was embroiled in many, many ugly controversies this season.

But what if I told you that there are some players who are different. Some who are lights in the darkness of our culture. Some who actually live for Christ (more than just Tim Tebow).

In the following interviews and videos, you will meet some on those NFL players:

So be encouraged, Christian. From all walks of life, others just like you are serving the Lord, sharing their faith and clinging to the words of Jesus in Matthew 16:18:

“I will build my church, and the gates of hell shall not prevail against it.”

Copyright © 2019 by Stephen Castleberry @ https://stephencastleberry.wordpress.com. Used with permission.
No part of this article may be reproduced or reprinted without permission in writing from Lifeword.org.