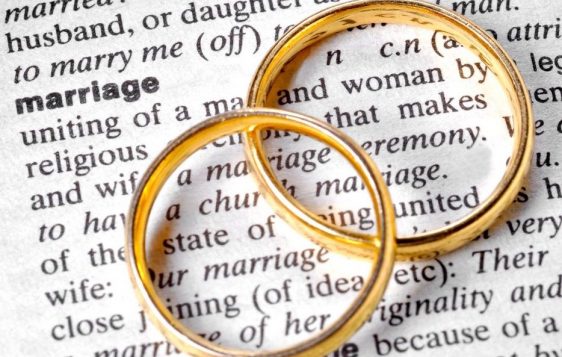 There is nothing we enjoy more than to load up the kayaks and the fishing poles and hit the river. In our area there’s a larger river, the Spring River, and then there is the smaller fork of it that runs on the back of our property, the Southfork.

The water is beautiful and clear. In many areas you can see straight through it to the bottom. It’s peaceful and relaxing, just taking in the beautiful sky and water and soaking in the rays of the sun.

But we only go to one of these rivers, the Southfork. The Spring actually used to be a nice outing for families. I’ve had several people share how much they enjoyed going with their family or church youth group when they were younger and floating the river. But now, it’s not the same. On most summer weekends, the river is full of people using drugs and alcohol. Fights break out and things that are too vile to share go on there.

What was once a beautiful and pure place became polluted because of the sinfulness of man.

“The Pharisees also came unto him, tempting him, and saying unto him, Is it lawful for a man to put away his wife for every cause? And he answered and said unto them, Have ye not read, that he which made them at the beginning made them male and female, And said, For this cause shall a man leave father and mother, and shall cleave to his wife: and they twain shall be one flesh? Wherefore they are no more twain, but one flesh. What therefore God hath joined together, let not man put asunder. They say unto him, Why did Moses then command to give a writing of divorcement, and to put her away? He saith unto them, Moses because of the hardness of your hearts suffered you to put away your wives: but from the beginning it was not so. And I say unto you, Whosoever shall put away his wife, except it be for fornication, and shall marry another, committeth adultery: and whoso marrieth her which is put away doth commit adultery.” (Matthew 19: 3-9)

Marriage. A beautiful creation from God between one man and one woman. However, the Pharisees, in their effort to find something wrongful or blasphemous to charge to Jesus with, spoke about the law of divorce.

During the days of Moses, in the minds of the people, marriage was there for the benefit of man. They began to abuse the beautiful creation of God. If they saw another woman they liked better, they took her. Or if they didn’t like the woman they were married to anymore, they divorced her. Moses had to enact laws to protect those that were being wronged by this. Man had polluted the beautiful act of marriage with their sin.

Marriage between a man and a woman is a holy union with God. It is a sacred relationship, pure, and glorifying to the Lord. Jesus was stating that the Pharisees were focused on divorce even though divorce was never intended by God. It was just something that had to be instituted because of the sinfulness of man. Instead, they should be focused on marriage. What it truly was meant to be, the original intent.

And today, our society has the same problem. Just yesterday I saw a friend post jokingly about divorce rates and having new “rules” that would allow you to leave a marriage that you don’t like anymore. We are so focused on the divorce that we aren’t nurturing the marriage. We make divorce an option when it shouldn’t be. As a marriage begins, it should be made clear from the beginning that it won’t be an option. That whatever comes their way, they will work through it together.

These are hard lessons learned. And although you can’t go back and fix what happened before, you can start new today. Make that commitment today. The commitment to follow what the Lord had originally intended for marriage, before our sin polluted it.