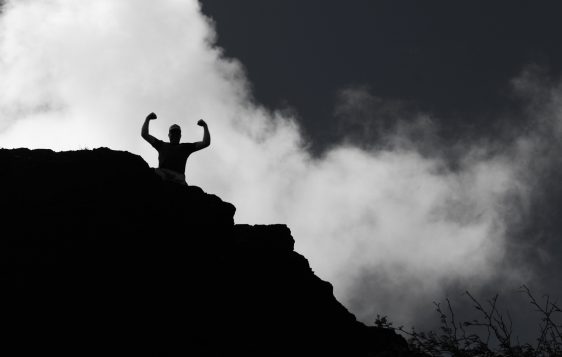 There are some voices you know immediately when you hear them.

“People will come, Ray. They’ll come to Iowa for reasons they can’t even fathom. They’ll turn up your driveway not knowing for sure why they’re doing it. They’ll arrive at your door as innocent as children, longing for the past.” – Field of Dreams

“Everything you see – exists together in a delicate balance. While others search for what they can take, a true king searches for what he can give.” – The Lion King

“No, I am your father.” – Star Wars, The Empire Strikes Back

Know who I’m talking about? You can even hear his voice.

Nearly 86 movies have had that iconic and recognizable voice in them. Sometimes as a cartoon character or a voice in the wind, but always memorable.

He can speak and emotion pricks in our hearts. It has this incredible effect on us even though it’s just a voice.

And the craziest thing is that even though his voice is one of the most beloved and sought after for movies, it’s also one that struggles.

It was a shock to me at first. I mean, I’ve never heard him stutter! In all the movies I’ve watched, I’ve never detected that.

So how? How can this man be such an amazing speaker when he stutters?

Even the greats have their weaknesses. But their success comes in not letting it define them; but letting them grow by overcoming.

Another great man also had a stutter, you might remember who he was – Moses.

“But Moses replied in the Lord’s presence, ‘Since I am such a poor speaker, how will Pharaoh listen to me?’” (Exodus 6:30)

This is the second time he has said this (6:12) and the third time he has pointed out his problem with his speech (4:10).

Moses had a stutter and was convinced he was not the man for the job. No matter how many times God told Moses He would take care of it, Moses always brought up his disability.

We want to say, “Shame on you Moses; listen to God and just do what He tells you to do! Don’t let your weakness stop you from fulfilling your calling!”

But do we cheer ourselves on in the same way?

What is holding you back from doing what God has called you to do?

Maybe He’s called you to preach, but you can’t speak or read very well.

Maybe He’s called you to be a missionary, but you are terrified of planes or talking to strangers.

Maybe He’s called you to share His gospel, but you don’t know much about the Bible.

Maybe He’s called you to teach in Sunday school, but you are afraid your past makes you unqualified.

Maybe He’s called you to. . . you know what’s pulling on your heart right now, so stop making excuses and don’t let your shortcomings define you.

God does not call the equipped. He equips the called.