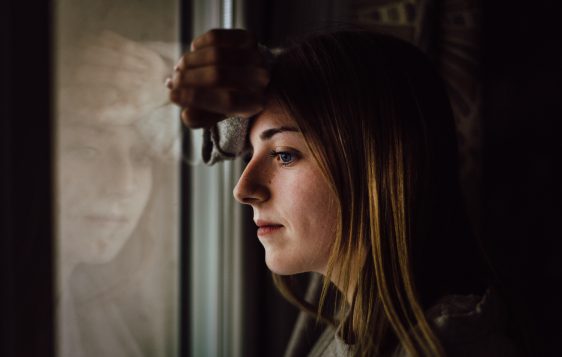 How many times have you looked back on a situation and thought, “Man I should have done that differently?”

Maybe things wouldn’t have turned out the way they did if you had been more present or if you had made a different decision or even stepped up and said something.

In the heat of the moment, the actions and words we choose might not always be the best.

Jacob and his sons Levi and Simeon learned this lesson the hard way.

In Genesis 34, Jacob’s only daughter mentioned, Dinah, went for a walk.

I’m not sure why she was allowed to walk alone. One of the customs of that day was that single Jewish women were supposed to be escorted by someone.

But she was alone.

And a man, Shechem, the prince of the country they now lived in, saw her and his passion overpowered his judgment. He grabbed her, raped her and then told his father he had to have her as his wife.

When the brothers of Dinah heard about this, they were enraged and desired to seek revenge. So, when the king and his son came to ask for Dinah to be his wife, the two brothers had a plan.

They said they would allow Dinah to be married to Shechem, if they conformed to their religious traditions. So, the brothers told them they could have Dinah as long as all the men in their town were circumcised.

Three days later, the men were obviously still healing from their procedure, and the brothers took advantage of their vulnerability. They slaughtered the men of the city with their swords, took their possessions and took their sister back home.

When they returned and Jacob, their father, had learned what they had done, his reply was, “‘You have brought trouble on me, making me odious to the inhabitants of the land, the Canaanites and the Perizzites. We are few in number; if they unite against me and attack me, I and my household will be destroyed.’

The brothers were pretty much saying to their father, “Well, you didn’t do anything about it.”

In this chapter, there are four things that leaped out to me that we can learn from.

But he was silent.

2.     The brothers acted out of rage. Instead of seeking their father’s advice, they did what they thought was right.

We should always seek the Lord when we are facing dilemmas or decisions that will impact more than us.

Revenge is the Lord’s, as the Scripture says, not ours.

3.     Shechem’s lust was not controlled. As a prince, perhaps he was used to getting his way.

But when our emotions are left uncontrolled, it not only hurts us, but others too. Because of his unquenchable desire, his entire town faced the consequences.

4.     Dinah should have been protected.

She was a victim in this situation and her brothers, even though they seemed like they were on her side, still used her as a pawn for revenge. The Scripture say when they went to slaughter the men, that’s when they took her home. So, they had given her to Shechem for those days in between.

This poor girl was being exploited by everyone around her.

Just because it’s in the Bible, it doesn’t make it right.

I had this conversation with someone when they told me men in the Bible had multiple wives so that made it OK.

I said, “Absolutely not. Men in the Bible sinned, and God used their sin to be an example for us.”

God did not condone it and in fact, they were not blessed in the way they could have been because of it.

That is exactly what’s happening in Genesis 34 and let’s learn from their mistakes.

Let’s stand up for what’s right, what’s Godly and what is true.

Seek the Lord for wisdom when you make decisions. Don’t act immediately. Take a step back and count the costs.

Any sexual act outside of marriage between one man and one woman is sin against God, yourself and the one you are with. It’s not just you that it affects.

If you’re in that situation, get out. God’s design and plan for our lives is laid out specifically for a reason and for our protection. If it’s not pleasing to the Lord, stop. Now.

If you have been a victim of abuse or you are currently in that situation, please tell someone. Please reach out so someone can help you.

It does not have to continue. You matter. You are loved and valued. There are people who can help.